MORGANTON, N.C. — On December 23, 2019, the Burke County Sheriff’s says they received a report of a check being stolen from a residence located on Piedmont Road, Morganton. 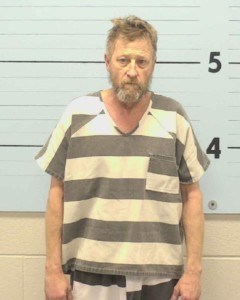 According to the victim, a check was deposited at the State Employees Credit Union in Rutherford College in the suspect’s name.

The victim also reported the suspect had been doing work in the home and had access to the checks during that time.

Detectives reportedly obtained video footage of the suspect depositing the check into his account using an ATM.

During an interview with Detectives, the suspect admitted to taking the check as well as two other checks from a residence in Caldwell County while working at that residence.

Ian Adrain Ward, 47, was arrested and charged with felony obtaining property on false pretense and forgery of endorsement.

On Monday, Jeremy McQuage, 41, of Morven, N.C. was sentenced to 160 months in prison on child pornography charges.

Check out the Gaston County Mugshots from Monday, August 10th.

Check out the Mecklenburg County Mugshots from Monday, August 10th.

Gunshots fired inside a Rock Hill home where five people were sleeping. A young child was injured, and police have no idea who would want to hurt this family.

President Donald Trump was giving a briefing when a secret service agent abruptly interrupted him. Within seconds, he was led off the podium and out of the room.

Police say they found nearly 200 grams of opioids, 98 grams of marijuana, and over $3,000 in cash at a home in Albemarle.