CHARLOTTE, N.C. — CMPD is asking for the public’s assistance with identifying the suspect involved in the armed robbery of an Advance Auto Parts on Friday.

According to police, the suspect had a gun and demanded money from the store and then exited the business through the rear door.

The suspect has been described as a 5’9″ black man who was last seen wearing blue jeans, a dark hooded sweatshirt, gray toboggan and tan boots. In addition to the suspect’s clothes, he was also carrying a dark bag.

This is an ongoing and active investigation.

CHARLOTTE, N.C. — When CMPD arrived at Advance Auto Parts around 7:50 a.m. they were led to believe the armed suspect was alone and still inside the business but the suspect had already fled the scene.

The Charlotte-Mecklenburg Police Department’s SWAT was mobilized and began to work with patrol units along with the Aviation Unit and Canine Unit in attempts to peacefully de-escalate this potential armed encounter.

Around 10:30 a.m. the SWAT Team determined that the suspect was no longer inside the Advance Auto Parts and had fled the scene prior to the police arriving.

CMPD is now asking the public for any information they may have about the armed robbery.

The public can contact Crime Stoppers at 704-334-1600 or http://charlottecrimestoppers.com/.

This is an ongoing and active investigation.

CHARLOTTE, N.C. — The CMPD says officers are currently trying to de-escalate a situation with an armed suspect at the Advance Auto Parts on Freedom Drive near Alleghany Street.

Police say the suspect is believed to be alone inside the building and officers are trying to get the suspect to surrender peacefully. 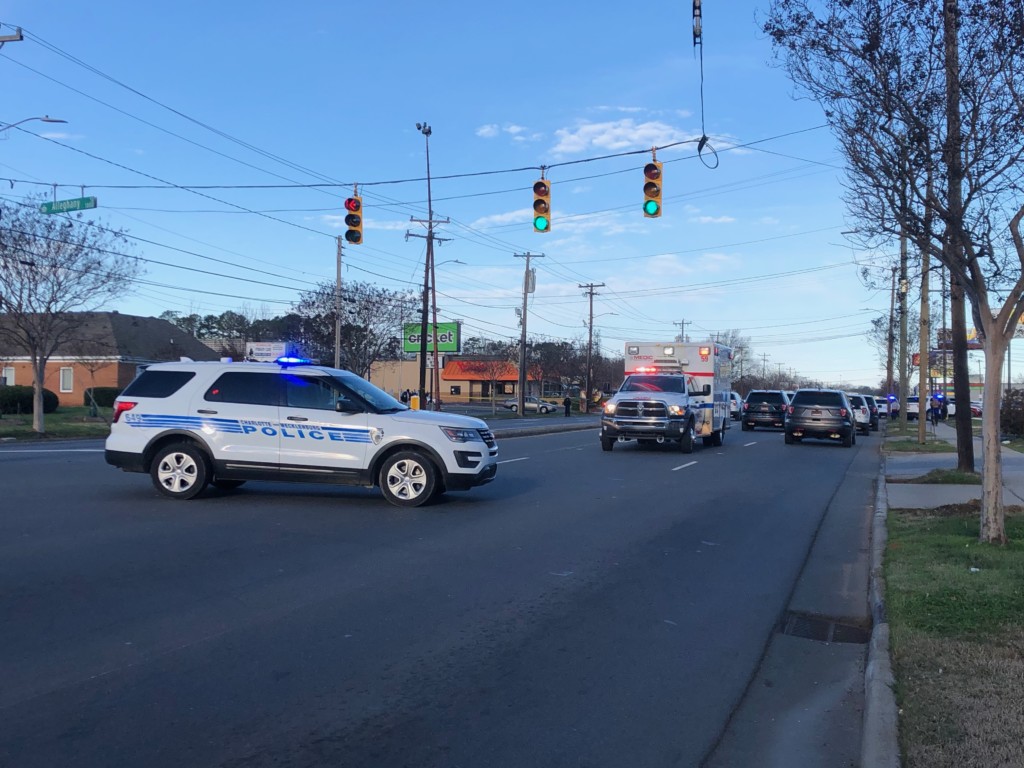 Citizens are asked to avoid the area and reports indicate that traffic has been stopped on Freedom Drive while police work to resolve the incident.

No injuries have been reported.