Charlotte-Mecklenburg Police say 27-year-old Dondre Mason was arrested Friday with the help of a SWAT team after he barricaded himself in a home on Lenox Pointe Drive. 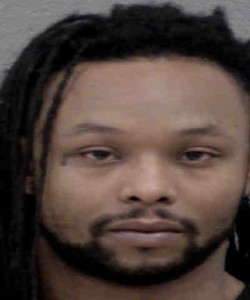 Mason is charged with first-degree kidnapping, two counts of promoting prostitution, six counts of human trafficking, possession of a firearm by convicted felon, three counts of assault, and robbery with a dangerous weapon.

Online records of the Mecklenburg County Sheriff’s Office indicate that Mason has been arrested several times over the past three years on a variety of charges, with more than six separate charges of possession of a firearm by a felon.

CHARLOTTE, N.C. — A S.W.A.T. situation in southwest Charlotte has ended peacefully, according to the CMPD.

Police say a suspect with active warrants was barricaded in a residence on Lenox Pointe Drive near Sandy Porter Road in the Steele Creek area.

At 4:05 p.m., the CMPD sent a tweet saying the suspect had been peacefully apprehended.

Members of the SWAT Unit have peacefully apprehended the suspect and are in the process of clearing the scene.