CHARLOTTE, N.C. — CMPD has charged a man for their involvement in a fatal west Charlotte accident involving a motorcycle from October 2019.

According to a news release, 30-year-old Christopher Summitt is being charged for the murder of Jimmy Tilley. 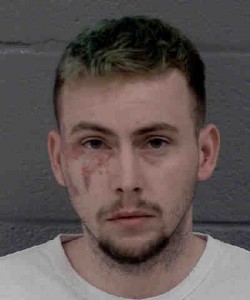 Summitt was identified as a suspect for the case after continued investigation. On Wednesday, CMPD’s Violent Criminal Apprehension Team (VCAT) worked with deputies from the Cleveland County Sheriff’s Office to locate and arrest the suspect.

According to CMPD, Summitt was interviewed by detectives and at the conclusion of the interview, he was transferred to the custody of the Mecklenburg County Sheriff’s Office and charged.

Anyone with information about this incident is asked to call 704-432-TIPS and speak directly to a Homicide Unit detective. The public can also call Crime Stoppers at 704-334-1600 or visit the Crime Stoppers website at http://charlottecrimestoppers.com/.

Police say they were responding to a disturbance call on Little Rock Road shortly before 9pm when they located the accident in the front yard of a home.

The motorcyclist, later identified as 58-year-old Jimmy Tilley, was pronounced dead on scene.

Authorities have not released any information on the driver of the truck or possible cause of the crash.

CMPD detectives say they are still trying to identify any possible witnesses. The investigation is ongoing.

Got Game: What Are Your Expectations For The Hornets In The Second Half Of The Season