Michael Ryan Lambe, 37, was identified as the suspect in the case and was arrested Friday morning at his residence, where the vehicle involved in the accident was also located. 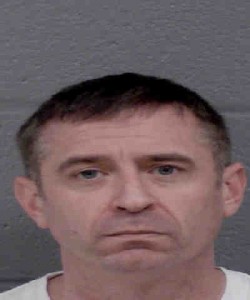 According to a news release, he has been transferred to the custody of the Mecklenburg County Sheriff’s Office and charged with Felony Hit and Run.

Any witnesses are asked to call Crime Stoppers at 704-334-1600 or Detective Oberer at 704-432-2169. The public can also visit the Crime Stoppers website at http://charlottecrimestoppers.com/.

CHARLOTTE, N.C. — The CMPD is investigating a deadly hit-and-run accident that killed a 24-year-old bicyclist in east Charlotte Monday night.

According to police, at about 11:01 p.m., officers responded to reports of an unresponsive bicyclist lying on Harrisburg Road near the intersection of Starnes Randall Road.

When officers arrived, they found 24-year-old Franklin Leal and a damaged bicycle on the road.  The person who called police said they noticed Leal on the ground while they were driving but did not see the crash.  Medic responded and pronounced the Leal dead at the scene.

Police collected debris from the scene and determined the suspect vehicle is a white 2005-2008 Toyota Corolla.  Detectives say the vehicle will have damage to the front right, including a broken headlight.  The vehicle will also be missing the passenger side front bumper cover and possible damage to the hood and windshield.