CHARLOTTE, N.C. — CMPD was able to de-escalate and charge an armed suspect who was in possession of a shotgun and pistol after a traffic stop, according to a news release.

On Sunday around 7:20 p.m., an officer who was on his way to work observed a vehicle make erratic movements in front of them. The officer who was in a marked vehicle initiated a traffic stop but the driver refused to stop, CMPD says.

The officer did not further pursue the suspect but notified additional patrol units of the situation.

Another officer located the vehicle on Monroe Road and initiated a stop. As officers approached the vehicle they saw the driver was in possession of a shotgun.

Officers then began to de-escalate the situation by talking to the suspect. Through conversation, the suspect surrendered his weapons and was taken into custody.

According to CMPD, the suspect who was identified as 57-year-old John Cook was in possession of a shotgun, two pistols, more than 100 rounds of ammunition and narcotics. 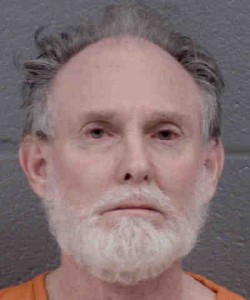