The Science Behind The Deadly Tennessee Tornadoes

Middle Tennessee is left reeling after violent tornadoes ripped through the region overnight Monday.  An EF-4 tornado tore through Cookeville, Tennessee killing 18 people and injuring 88 others.  Five of the victims were children.  This was the strongest-rated tornado the nation has seen in nearly three years. 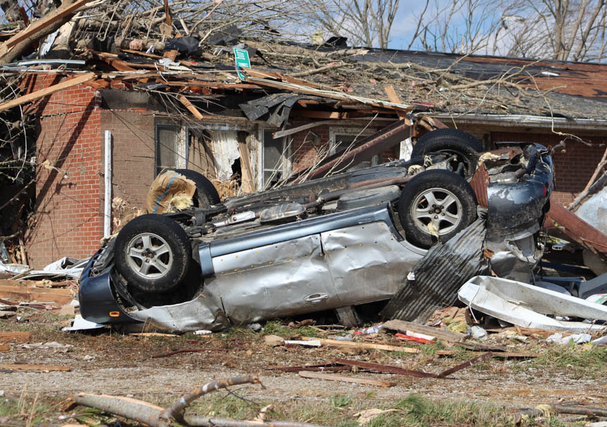 According to The National Weather Service in Nashville, the initial tornado touched down at 12:32 a.m., a little more than 3.5 miles WSW of John C Tune Airport as a strong EF-2 tornado and quickly moved into North Nashville and Germantown.

From there it strengthened to an EF-3 as it traveled into East Nashville, causing the most significant damage in and around the Five Points Neighborhood – where two people were killed. A path of EF-1 to EF-2 damage continued across the Cumberland River before the storm once again strengthened to an EF-3 in Donelson. Winds of 111 to 135 mph were observed across Hermitage and the remainder of Davidson County.

Wow. I am speechless at this photo.

Jenny Pearcy took this from her balcony of SkyHouse Nashville as a tornado tore through downtown. @NC5 pic.twitter.com/1t15fKWsoi

The storm strengthened for a third time as it moved into Wilson County, killing 3 people in Mt. Juliet. From there, damage associated with an EF-1 to EF-2 strength continued on a path along and occasionally across I-40, before finally lifting a little over 3.5 miles west of Gordonsville in Smith County at 1:28 a.m., stretching 53.4 miles, with maximum winds of 165 mph. This tornado killed five people and injured more than 150 people with a maximum width of 800 yards. 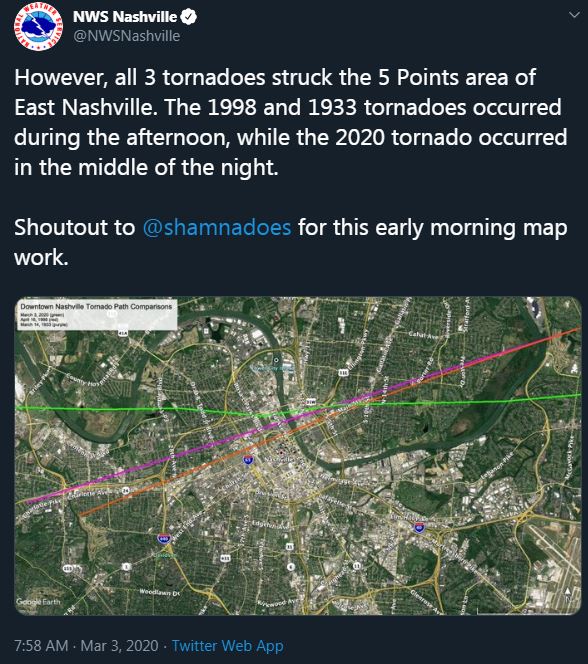 The Damage in Putnam County, Tennessee:

The EF-4 tornado that traveled across western and central Putnam County, Tennessee resulted in 18 deaths and 88 injuries.

Officials say 400 homes were damaged in Putnam County alone.  Thirty-one commercial structures were also damaged in the tornado that traveled parallel to Highway 70 between Baxter and Cookeville.  The Mayor of Cookeville said 100 residences were completely destroyed.

This is the path of the EF-4 tornado in Putnam County: 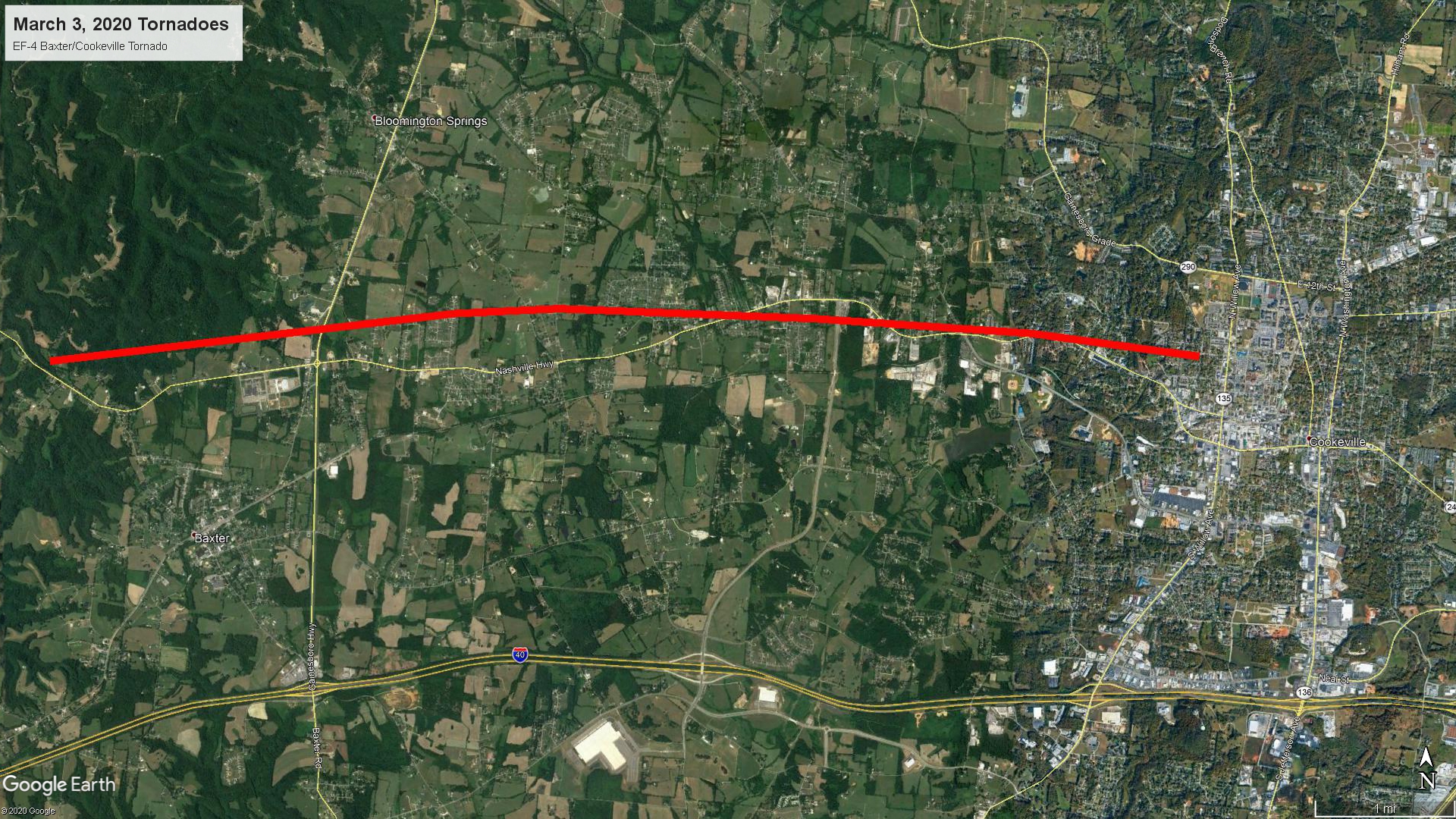 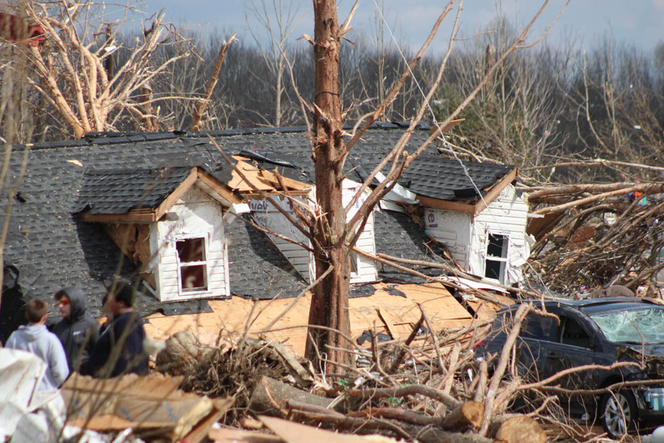 The tornado then became violent for 0.8 miles as it entered the area around McBroom Chapel Road, where it reached EF-4 intensity, completely destroyed over a dozen homes, and caused numerous fatalities, with the heaviest damage concentrated on Hensley Drive. EF-4 damage continued eastward to Echo Valley Drive, where an apartment complex was completely destroyed. 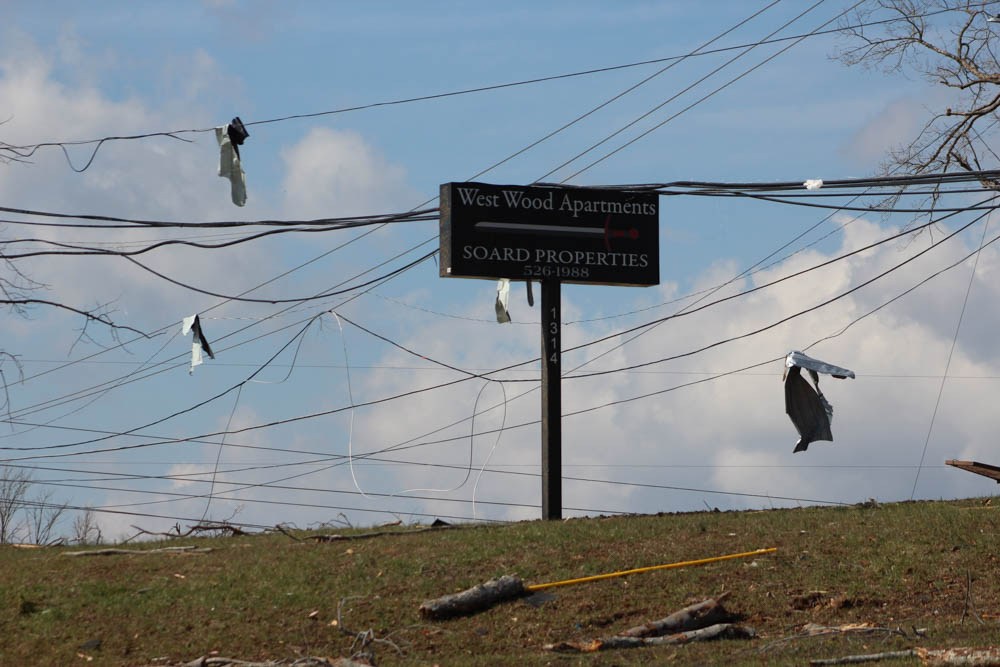 Tennessee averages 30 tornadoes across the state per year, and 17 within Middle Tennessee alone. In fact, this is not even the first tornado for the city of Nashville, with the last occurring in 1998.

March marks the beginning of severe weather season for the majority of the southeast with the most tornadoes occurring between March and June.

One of the reasons why these tornadoes were so deadly was due to the time they occurred and the breakdown of communication and understanding within the general public of severe weather.

More than 24% of tornadoes within the Carolinas occur at night. The study goes on to report, that tornadoes that occur between midnight and sunrise are 2.5 times more likely to kill than those that occur during the day – with North Carolina ranking first for fatalities during nocturnal killer tornadoes. 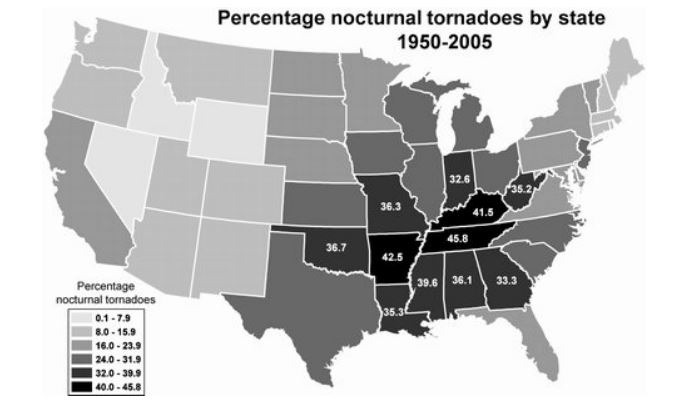 Although peak severe weather season is during the spring, during the late afternoon hours – severe weather can occur at any time of year, during any time of day, at any place. In fact, the transition between the cool and spring seasons is when the highest nocturnal fatality rates occur. Why? A general misunderstanding that tornadoes only occur during the warmer months can lead people to be caught off guard to these early season severe events.

The threat of severe weather earlier this week was expressed by both the Storm Prediction Center and the National Weather Service lead. As well as meteorologists from local news outlets – who stayed on-air for hours to track the tornadoes and bring information to the public once tornado warnings were issued.

The biggest problem with these storms was that they developed after midnight when most people were asleep without any alert to wake them of the impending danger. Meteorologists bring you information before, during and after severe weather – but, staying WeatherWise to the latest forecast and having multiple forms of weather alerts that will wake you during nighttime storms are critical.

Outdoor warning sirens are meant to alert people outside to seek the shelter of potential tornadoes, not for those already indoors and should not be used as your only warning during severe weather.

The outdoor warning sirens did go off in Putnam County as the deadly EF-4 tornado was approaching.  However, the storm hit at 1:49 a.m. and many people simply didn’t hear the warnings.

A weather radio is a reliable warning system and can be programmed to alert you of any severe watch or warning for where you live – even if the power goes out or if there is no cell service.  These radios cost less than $30.

This is the weather radio that allowed @NWSNashville to wake me up 20 minutes before a tornado passed within a mile of my house giving me time to call family members in its path and get my own family to a safe room. It missed us but we were prepared. pic.twitter.com/PcrBY75QYJ

Smartphones can also alert you of a tornado, flash flood or tsunami warning through the Wireless Emergency Alert system. You can activate it through your notification settings. 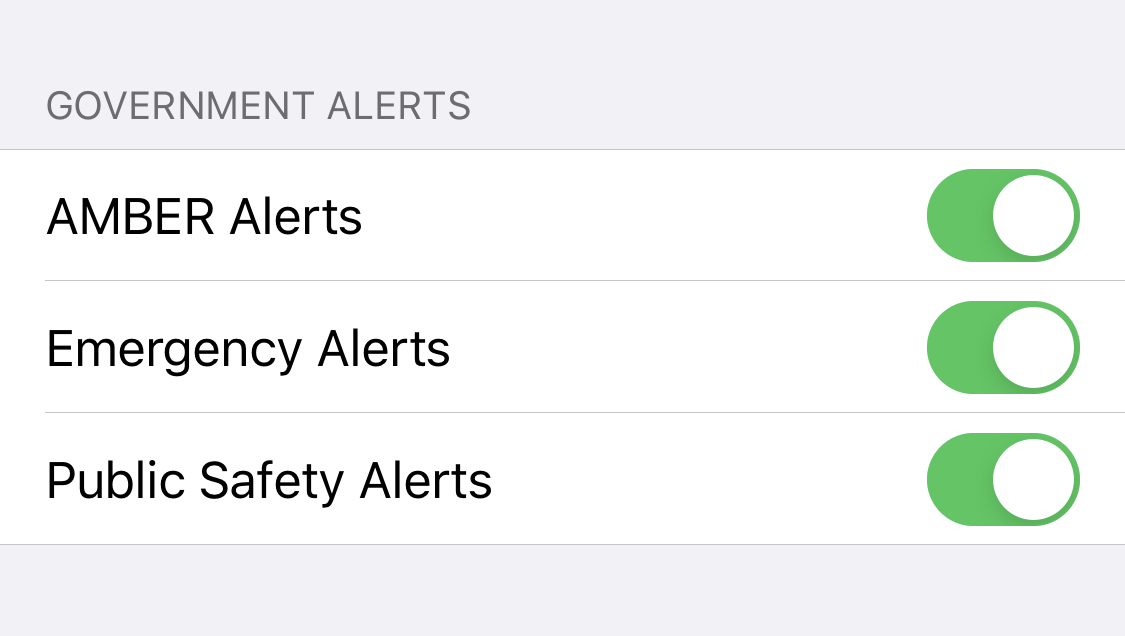 Finally, one of the best FREE tools you can have is the WCCB COIT WeatherWise App. By turning on-location services and notifications, you will receive severe weather watches or warnings when they are issued (this even works for Tennessee residents). You will be able to follow along with coverage of severe weather even if the power goes out, or if you need to seek shelter away from your television.

One important tip is to make sure your phone is fully charged if you know severe weather is in the area.  A portable phone charger is also a great product that can help keep your phone powered for an extended period of time during natural disasters.

According to the Centers of Disease Control and Prevention, there is no completely safe place during a tornado, however, some locations are much safer than others.  The CDC says people should go to a basement or an inside room without windows on the lowest floor (bathroom, closet, center hallway) during a tornado warning.

It’s extremely important to avoid windows.  The CDC also recommends that you get under something sturdy for added protection.

Several survivors of the Cookeville tornado spoke to the media about hiding in a bathtub.  Accuweather.com says seeking shelter in a bathtub can help save your life during a tornado.  The bathroom has strong framing and the pipes in the walls could help hold them together, according to Tornadoproject.com.

The EF-4 tornado that caused major damage in Cookeville leveled dozens of homes.  Pictures and videos show the widespread damage in Putnam County. 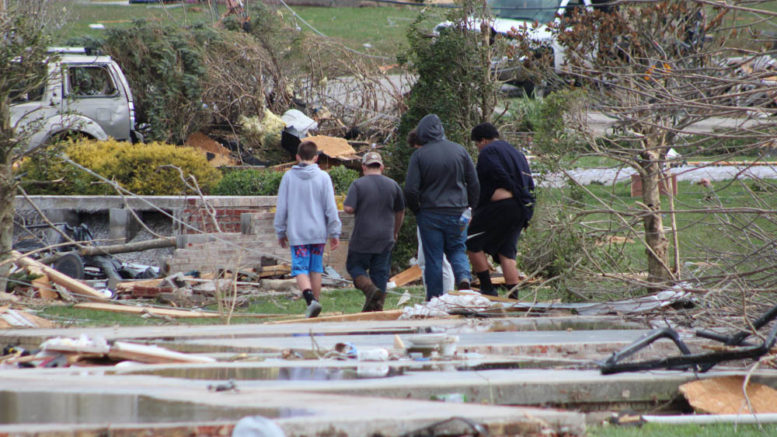 How To Help Tennessee Tornado Victims:

The Red Cross of East Tennessee says the best way to help these tornado victims is to donate money.  Thousands of volunteers have showed up in the damaged neighborhoods and it’s caused issues with the ongoing clean up efforts by local authorities.  It’s also difficult for authorities to keep the area safe and victims’ belongings protected with all the volunteers.

Anyone wanting to volunteer is asked to email helpnow@putnamcountytn.gov to sign up.

Here are some ways you can donate money:

Click HERE to donate directly to the Cookeville-Putnam County Tornado Relief Fund.  100% of the donations will go directly to victims.

You can directly donate money to any of the 19 Bank of Putnam County locations.  Their locations can be found HERE.

You can also donate to the American Red Cross by texting 90999 or click HERE to donate online.