According to a news release, a Morganton man has been sentenced to life in prison for the first-degree murder of a 57-year-old man. The Burke County jury needed less than half an hour to make this decision.

Darius King, 27, was given the life sentence , after he was found guilty in the March 2018 death of Hubert Hunter Jr., to wrap up the trial that covered seven days. 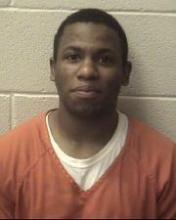 The trial began on March 9, 2020, with jury selection, followed by the presentation of evidence by prosecutors that included testimony from a pathologist that showed the victim died as a result of strangulation, a news release said.

It was determined through investigation and trial that King went to Hunter’s apartment to confront him about money he allegedly owed. During the confrontation, a fight broke out between the men.

According to officials, after King finished beating Hunter, he then covered his head with a bag and strangled him. He also took a knife and cut his throat three times.

Investigators later located King’s bloody jeans and the knife in a nearby dumpster, officials said. The defendant initially denied his involvement in the crime but later admitted that he was involved, though he claimed it was in self-defense.

King will serve his sentence in the custody of the North Carolina Division of Adult Corrections.

MORGANTON, NC — Police have charged a suspect in the murder of a 57-year-old man. Darius Heasley King was arrested Tuesday and charged with the murder of Hubert Roland Hunter Jr. Sunday evening.

Police say King and Hubert lived across the hall from one another in an apartment complex on Valdese Avenue. The two men were known to have disagreements, and, according to witnesses, were arguing over money early Sunday morning.

Around 6:48pm, police say Hubert was found dead with trauma to his face and neck.

Investigators say a knife and bloody clothes were found in a nearby dumpster. Additional evidence was also found inside King’s apartment, officials say, that further linked him to the crime.

King is being held without bond at the Burke Catawba Detention Facility, and is scheduled to appear in court on Wednesday.