CONCORD, N.C. — A Concord mother was arrested and charged in the death of her 3-month-old daughter as a result of co-sleeping, according to police.

According to the Concord Police Department, Kayla Mitchell, 23, was charged with Involuntary Manslaughter and Felony Child Abuse. 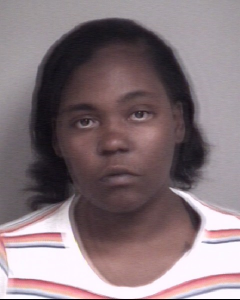 Police say  they arrived at the residence on April 4 after receiving a 911 call regarding an unresponsive infant. Despite receiving prompt medical attention, the infant was later pronounced dead.

Co-sleeping is when someone is sleeping in the same bed or close by in the same room with a child. Despite advice and warnings Mitchell continued to engage in co-sleeping with her infant child and other children.

The investigation was reviewed by officials and it was decided that criminal charges were warranted. Upon turning herself in to Concord Police investigators, Mitchell was placed in the Cabarrus County Jail under $150,000.00 bond, police say.