CHARLOTTE, N.C. — According to a news release, CMPD detectives charged a suspect for the murder of a 15-year-old boy who died following an east Charlotte shooting. 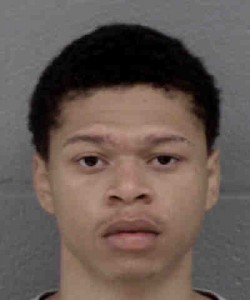 The 15-year-old victim in the case has been identified as Roman Kichigin.

CHARLOTTE, N.C. — Charlotte-Mecklenburg Homicide Unit detectives are conducting an investigation after a 15-year-old boy died Monday after a shooting in east Charlotte.

According to CMPD, officers responded to an Assault with a Deadly Weapon call around 5 p.m. to Briarhill Drive. Upon arrival, officers located the juvenile victim inside a vehicle located off the roadway.

After an initial investigation police revealed that the shooting happened nearby in the parking lot of the apartment complex. The victim had been shot and was transported by MEDIC to Atrium Health’s Carolinas Medical Center where he was later pronounced dead.