CHARLOTTE, N.C. — According to a news release, CMPD charged a man after an investigation into a fatal northeast Charlotte crash that involved striking an occupied residence Monday evening.

Officers responded to reports of a motor vehicle collision near Cello Court, by Interstate 485, around 8:25 p.m. Upon arrival, officers located a 2002 Chevrolet Trailblazer which had struck a residence occupied by four people.

CMPD says after an initial investigation Derius Barton, 19, was identified to have been operating the Chevrolet Trailblazer and traveling east on Camp Stewart Road when he lost control of the vehicle and ran off the right side of the roadway. The vehicle continued and struck two fences, passed through two yards and struck the rear of the residence. The Trailblazer struck Garcia who was in the living area of the home. 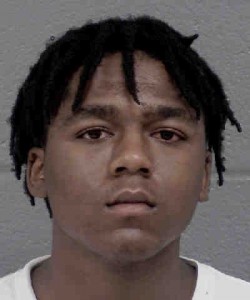 Barton was arrested and charged with misdemeanor death by vehicle and cited for driving too fast for conditions, according to police.

Impairment is not suspected to be a factor in this collision.

Any person who witnessed this crash or has information about this case is asked to call Detective Pressley at 704-432-2169. The public can also leave information anonymously by contacting Crime Stoppers at 704-334-1600 or http://charlottecrimestoppers.com/.