STATESVILLE, N.C. — The Iredell County Sheriff’s Department charged a man after an investigation following information from the National Center for Missing and Exploited Children concerning sexual exploitation of a minor in the area.

Iredell County Sheriff Darren Campbell stated the office received the report on March 26, 2020 and according to the initial report, an unknown person was using various internet sites to upload videos of underage children engaged in various sexual acts.

During an investigation by the Special Victims Unit information from various sources was obtained and multiple search warrants were served as well as numerous potential witnesses were interviewed.

After the investigation, the detectives executed a search warrant for the residence of 40-year-old Johnny Lee Hastings located on Bethlehem Road in Statesville on May 15. Detectives located and processed several electronic devices at the residence. 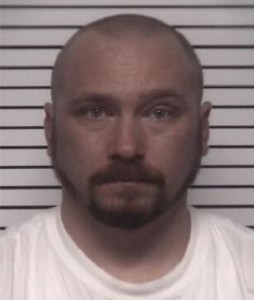 According to a news release, Hastings was arrested and served warrants for Nine Counts of Felony Second Degree Sexual Exploitation of a Minor. He has been issued a $75,000 secured bond on these charges.