CHARLOTTE, N.C. — A firefighter who has worked for the Charlotte Fire Department (CFD) since 2008 is facing multiple larceny charges for a series of thefts between April and May, a news release stated.

According to CMPD, 41-year-old Timothy Ireland was arrested and charged following an investigation after a representative of Target Corporation notified CMPD of a suspect who committed a series of larcenies at the Midtown Target. 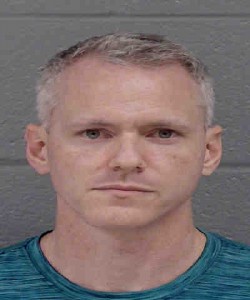 Detectives learned during an investigation a suspect stole more than $500 during the course of seven larcenies between April 30 and May 24 of this year. Ireland was then identified as the suspect.

Ireland was interviewed by Central Division detectives and was subsequently transferred to the custody of the Mecklenburg County Sheriff’s Office and charged with seven counts of misdemeanor larceny, police say.

“I am disappointed by the charges against our Firefighter. This does not represent or reflect our values as a Department. I have the highest expectations of our members on how they conduct themselves on-duty as well as off-duty.”

Ireland has been reassigned during the investigation, according to CFD.