CHARLOTTE, N.C. — Charlotte-Mecklenburg Detectives have charged an 18-year-old for the attempted murder of six victims after he shot into a vehicle with a rifle Monday afternoon at a Bi-Lo in northwest Charlotte.

Officers responded to the shooting on Mt. Molly-Huntersville Road around 3:45 p.m. Upon arrival, officers located a Mercedes Benz which had been shot into twice and began speaking with the six victims, who were uninjured.

An initial investigation indicated two victims in their early 20’s were in the vehicle when it was shot into by a suspect who then fled the scene. The damage caused by the gunshot made the Mercedes Benz nonoperational. According to police, the suspect then returned with a rifle and shot at the four victims who were in and around the vehicle, striking the vehicle again. 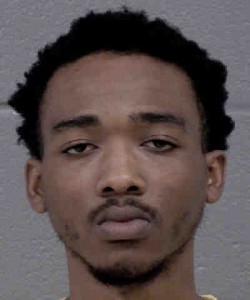 CMPD Officers were able to identify the suspect as Larry Dean Hall III. According to CMPD, he was arrested at a residence near Christian Scott Lane, and at the conclusion of the investigation, officers seized an SKS rifle, a stolen shotgun, two pistols, a large amount of marijuana and money. After an interview, Hall was charged with six counts of attempted murder, police say.

Anyone with information about this incident is asked to call 911 or leave the information anonymously with Crime Stoppers at 704-334-1600 or http://charlottecrimestoppers.com/.