The Statesville Police have arrested and charged the resident that fatally shot an alleged trespasser Monday morning.

According to police, 32-year-old Latoya Lynette Smith has been charged with voluntary manslaughter following the incident. Her secured bond was set at $300,000. 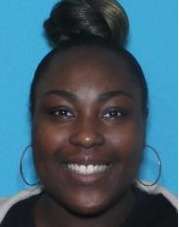 Officers responded to Adams Street, nearby South Lake Street, around 6:40 a.m. in regards to the incident. Upon arrival, officers located 54-year-old Alexis Christopher Barber near the driveway of the residence, police say.

The Statesville Fire Department and Iredell County EMS pronounced Barber dead at the scene after attempting to revive him. According to officers, 32-year-old Latoya Smith fatally shot Barber after an encounter outside her residence.

This case is being actively investigated by the Investigative Division of the Statesville Police Department.