Charlotte-Mecklenburg Police say a 28-year-old man has been charged with murder after one person died following a fatal shooting at an east Charlotte apartment complex Thursday.

After a continued investigation, Homicide Unit detectives identified Jamie Lee Briggs as a suspect in the case. At the conclusion of an interview, Briggs was transferred to the custody of the Mecklenburg County Sheriff’s Office where he was charged with first-degree murder, assault with a deadly weapon with the intent to kill inflicting serious injury and possession of a firearm by a convicted felon. 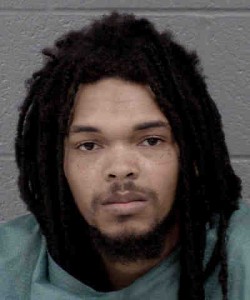 The victim in the case has been identified as 57-year-old Roscoe Wright.

CHARLOTTE, N.C. — One person is dead and another person has serious injuries following a shooting at an apartment complex in east Charlotte.

Detectives with the Charlotte-Mecklenburg Police Department are investigating the shooting at the Claremont Apartments on Coliseum Drive near East Independence Boulevard.

The shooting was reported just before 4pm.  MEDIC says they pronounced a man dead on the scene and they transported a second man to Atrium CMC with life threatening injuries.

No other details have been released at this time.  This is a developing story.  Check back for updates.