A 33-year-old Mooresville man has been charged with the murder of a Catawba County man that was killed inside a residence Tuesday, deputies say.

According to a news release, Joe Henry Furr has been charged with Murder in the death of Shaun Michael Loughrey. Furr has not been apprehended at this time. 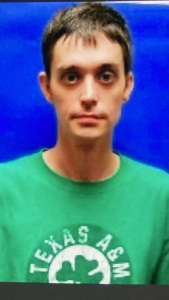 Anyone having knowledge of Furr’s whereabouts and or information which might aid in this investigation is asked to contact the Catawba County Sheriff’s Office at 828-464-3112.

CATAWBA COUNTY, N.C. — A Catawba County homicide investigation is underway after a man was shot to death inside a home Tuesday afternoon, the Catawba County Sheriff’s Office reports.

According to a news release, officers responded to reports of a shooting at a residence on Hopewell Church Road in Sherrills Ford around 1:40 p.m.

Upon arrival deputies located 56-year-old Shaun Michael Loughrey dead inside his residence. Deputies say it appears that Loughery died after suffering one or more gunshot wounds.

A homicide investigation is underway. The North Carolina State Bureau of Investigation (SBI) has been requested to assist Sheriff’s Investigators.