Charlotte-Mecklenburg Detectives have charged a 19-year-old man for the murder of a 22-year-old who died in a fatal northwest Charlotte shooting in July.

After an investigation, Ziaire Mayo was identified as a suspect in the Keontez Stephens homicide case and a murder warrant was issued for his arrest, officers say. 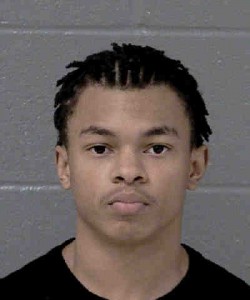 Mayo has since turned himself into the custody of the Mecklenburg County Sheriff’s Office where he has been served with the warrant.

Officers responded around 6:30 p.m. to a neighborhood on Westwinds Court, off of Mt. Holly-Huntersville Road, after an Assault with Deadly Weapon call for service. When officers arrived they located a victim, identified as 22-year-old Keontez Stephens, in the street with a gunshot wound, police say.

According to MEDIC, Stephens was transported to a local hospital where he was pronounced dead a short time later.