Charlotte-Mecklenburg Police say the suspect in a fatal west Charlotte crash, that happened early September, has received multiple charges including 2nd Degree Murder, following his release from the hospital.

The 29-year-old suspect, identified as Shomari Pinkney, was released from the hospital Wednesday morning and interviewed by Major Crash Unit Detectives at CMPD Headquarters soon after. 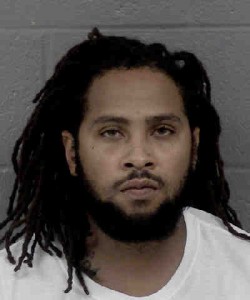 According to police, after an interview, Pinkney was transferred to the custody of the Mecklenburg County Sheriff’s Office and served with warrants for Driving While Impaired, DWI Felony Serious Injury, and 2nd Degree Murder.

CHARLOTTE, N.C. — Investigators say the driver of a 1997 Lexus ES300, Shomari Pinkney, was impaired and will be arrested when released from a local hospital after a car crash that killed a passenger on September 5th around 5 p.m.

Investigators say Antonio Bennett, a passenger in the Lexus, died after the 3-vehicle collision, and medics took all occupants to Atrium Health’s Carolinas Medical Center to be treated for their injuries.

Pinkney will be charged with driving while impaired, DWI felony serious injury, and 2nd degree murder, according to a news release.

Pinkney attempted to pass Bryant on the left by crossing the double yellow center line, also driving east, at around 90-100 MPH in a 35 MPH zone, according to a news release.

Bryant, driver of the Toyota, was not injured, and Leroy Hood, driver of the Dodge, is at the local hospital being treated for minor injuries, according to a news release.

Investigators say speeding and reckless driving by Pinkney in the Lexus are the main reasons for the accident, and that Pinkney and his passenger were not wearing seatbelts at the time of the crash.

Police say the investigation is active, and anyone with more information should call Crime Stoppers at 704-334-1600.