LENOIR, N.C. — Lenoir Police have arrested a 31-year-old woman Thursday for human trafficking after an investigation sparked following reports by community members of suspicious activity at a residence.

While investigating the reports by community members, the Lenoir Police Department’s Narcotics Unit obtained evidence to believe a Ridge Street residence in Lenoir was being used for human trafficking. 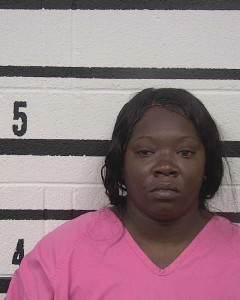 Lenoir Police Department Chief of Police Brent Phelps stated, “These situations are extremely disturbing when individuals blatantly violate someone’s rights as a human being for their own personal gain. This department will not stand for this type of activity in our community, and we will exhaust all resources to prosecute individuals who willingly victimize others in this manner.”

No further information concerning this incident will be released that would hamper further investigation as additional charges may be forthcoming.

North Carolina General Statute defines Human Trafficking as a person who commits the offense of human trafficking when that person knowingly recruits, entices, harbors, transports, provides, or obtains by any means another person with the intent that the other person be held in involuntary servitude or sexual servitude.