We're in the home stretch of the official hurricane season, but we have seen storms in December and January in years past. 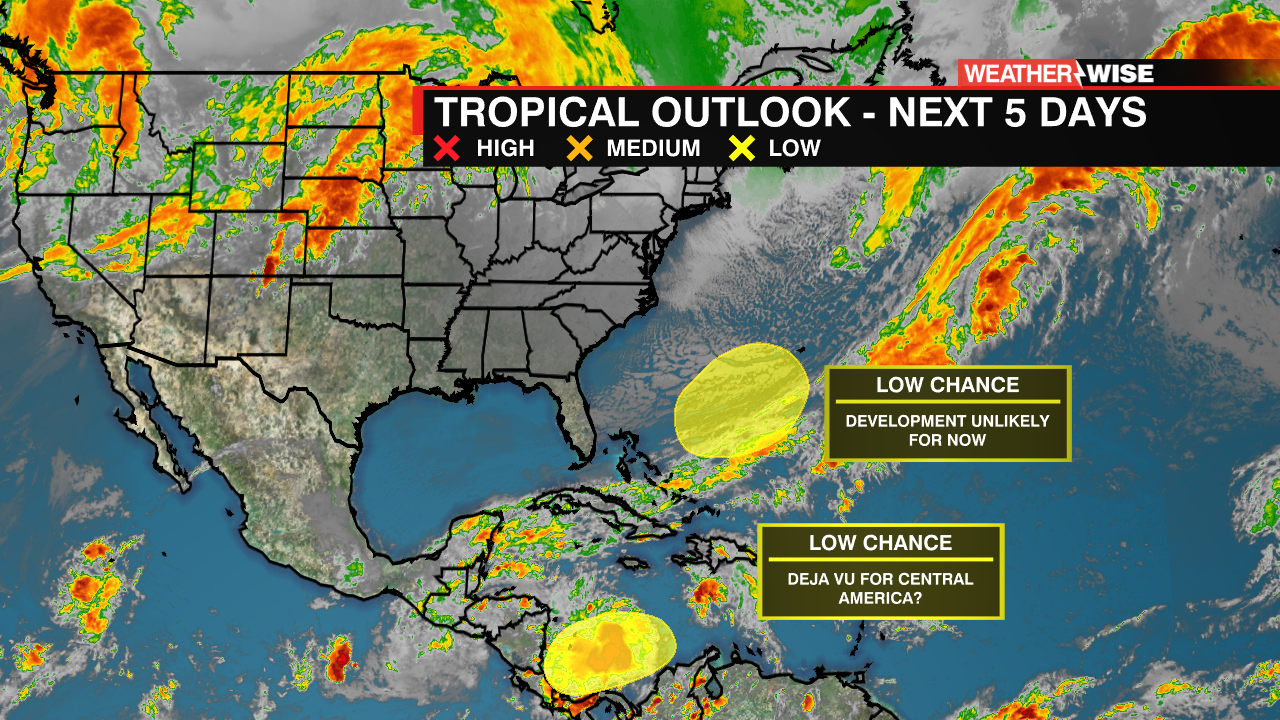 CHARLOTTE, N.C. — With record highs in the 80s and back-to-back major hurricane landfalls in Central America in the past few weeks, you can be forgiven if you forgot that it was November. Today’s map of the Atlantic looks much more in-line with a typical November pattern. There are currently no named storms in the Atlantic Basin at the moment, but there are a couple of spots to watch as we head into the home stretch of November and the official hurricane season.

Typically, the 11th month of the year signals a toning down in the hurricane season as it draws to a close, but 2020 is insisting that it goes out with a bang. In fact, the past two hurricanes, which both made landfall in Nicaragua as Category 4 hurricanes, have been the strongest of the entire season so far. Iota, which dissipated on the Pacific side of Central America, was the latest calendar-year Category 5 on record and was also the strongest storm to ever hit Nicaragua. So, setting record-breaking intensities aside, *how* rare exactly are late- and off-season tropical systems in the Atlantic? 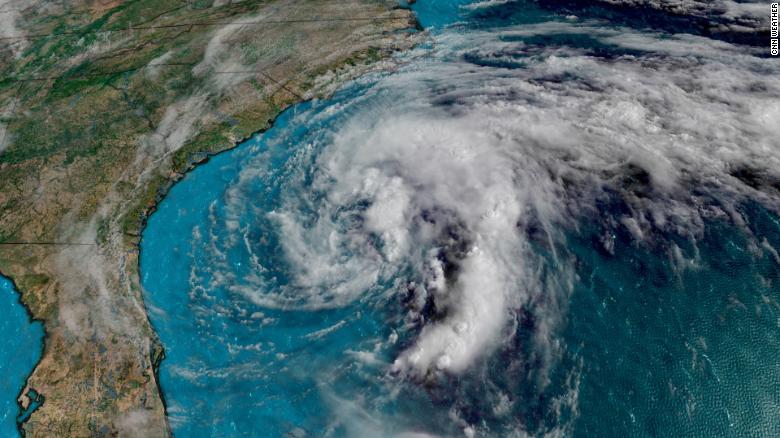 Tropical Storm Arthur in May 2020.

Let me take you back to earlier this year; in fact, the past six years all have something in common. Each of these past six years has produced a named storm in the Atlantic ahead of the official start of hurricane season, which falls on June 1st. (By the way, six straight early starts is also a record.) In fact, this year saw two off-season storms produced in May; Arthur and Bertha formed on the 16th and 27th, respectively, and both impacted the Carolinas. Despite the recent trends, tropical storms forming in May or earlier is still relatively uncommon. There have only been four seasons that started ahead of schedule in the years between 2000 and 2015; even the infamous 2005 season, known for spawning devastating hurricanes like Katrina, Rita, and Wilma, didn’t churn out a storm until June 8.

December and January are obviously different from May. There’s much less daylight, circulation-disrupting trade winds are stronger, and the ocean – the lifeblood of all tropical systems – runs colder. Even still, tropical life finds a way. Tropical Storm Zeta in 2005-2006 was one of only two systems to ever span across two calendar years, lasting from December 30 to January 7. Alex in 2016 even reached hurricane strength in January, joining Alice (1956) as the only two hurricanes to ever form in the first month of the year.

All of this goes to show that, even when it’s not “officially” hurricane season, tropical systems can and will form at any time. With under two weeks left in hurricane season, we’ll be watching the waters and keeping you posted on any tropical development to come.