FORT MILL, S.C. — Officers with the Fort Mill Police Department say they arrested two suspects and continue to search for another suspect after a police chase ended with an overturned vehicle and officers found drugs and weapons inside the suspects’ car.

Officers say the suspects fled from police after failing to stop for speeding in a routine traffic stop around 11 a.m. on Friday, November 20th.

A police chase ensued on Banks Street when the driver, attempting to flee, lost control of the vehicle and rolled the vehicle on its side, according to a news release. 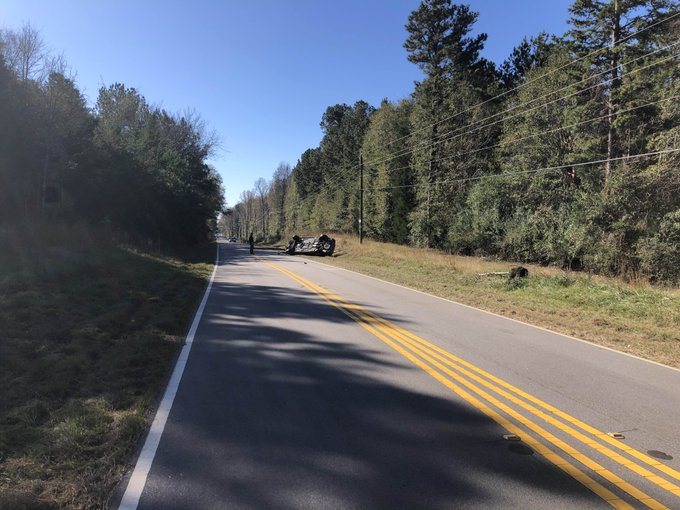 Police say they apprehended one suspect and continued to search for the other two that fled on foot near Nation Ford Chemical Company.

Detectives say they found firearms, magazines, ammunition, and narcotics inside the flipped vehicle, and after several hours found a second suspect.

We are still searching for one more suspect. The second suspect had been detained in the Waterside neighborhood. Please avoid that area if possible. For any residents of Waterside please be on the lookout for a black male wearing a gray hoodie.

Police say the third suspect has yet to be found or identified.