Text2Win “The Croods: A New Age”

The Croods have survived their fair share of dangers and disasters, from fanged prehistoric beasts to surviving the end of the world, but now they will face their biggest challenge of all: another family. The Croods need a new place to live. So, the first prehistoric family sets off into the world in search of a safer place to call home. When they discover an idyllic walled-in paradise that meets all their needs, they think their problems are solved … except for one thing. Another family already lives there: the Bettermans.

The Bettermans (emphasis on the “better”)—with their elaborate tree house, amazing inventions and irrigated acres of fresh produce—are a couple of steps above the Croods on the evolutionary ladder. When they take the Croods in as the world’s first house guests, it isn’t long before tensions escalate between the cave family and the modern family. Just when all seems lost, a new threat will propel both families on an epic adventure outside the safety of the wall, one that will force them to embrace their differences, draw strength from each other and forge a future together. 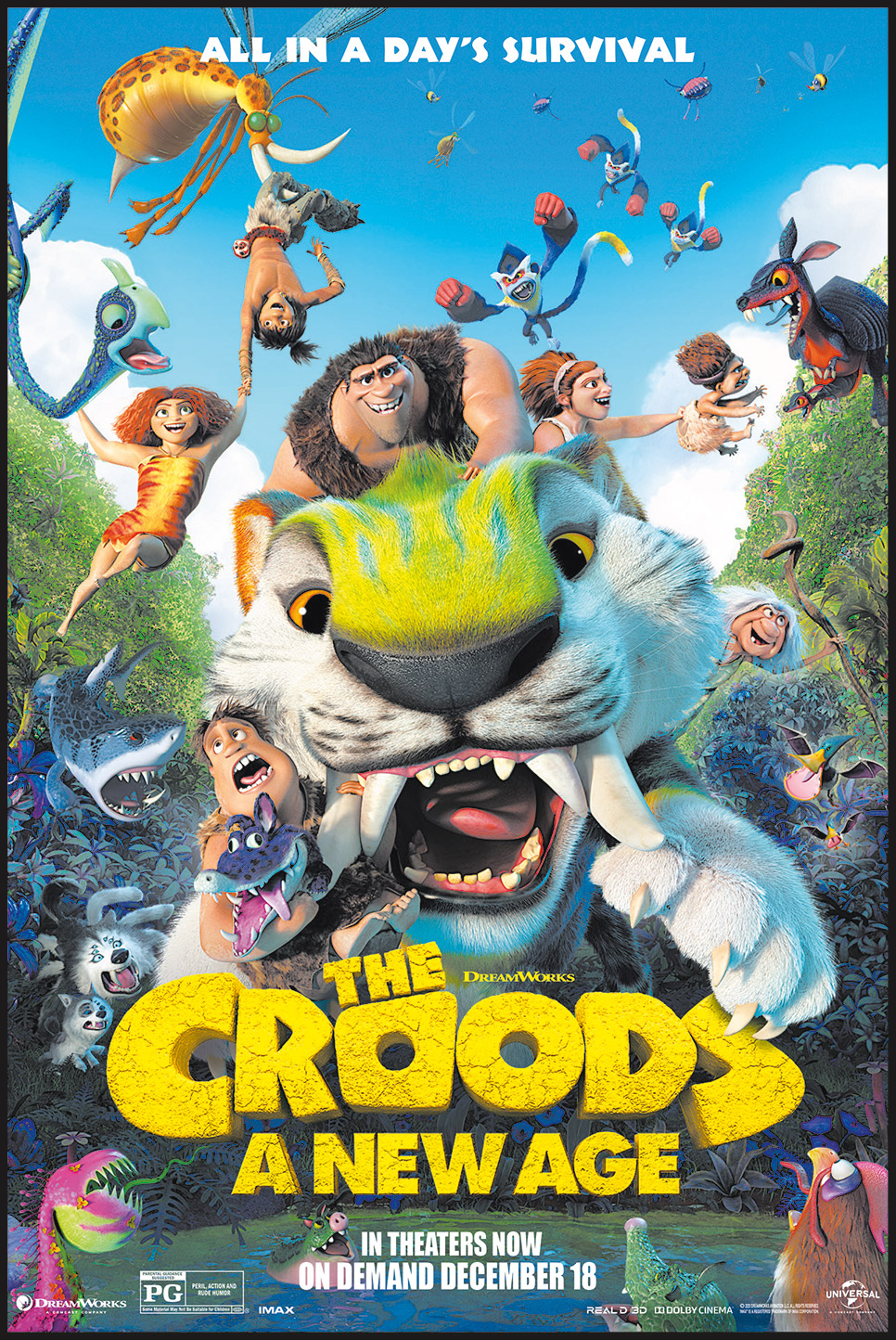 The film is directed by Joel Crawford, who has worked on multiple DreamWorks Animation films, including Trolls and the Kung Fu Panda franchise, and is produced by Mark Swift (Captain Underpants: The First Epic Movie, Madagascar 3: Europe’s Most Wanted).

5 Winners: Five winners will receive a FandangoNOW code to watch “The Croods A New Age” On Demand (ARP $19.99).

HOW TO WIN: No purchase necessary. Viewers must text the word “CAVE” to 31403 by 4PM Thursday, December 17th. Winners will be randomly selected at 4 PM and sent a confirmation text detailing how to claim the prize. No prizes will be mailed.

Deadline for entries is 4 PM Thursday (extended from 1 PM), December 17th, 2020.
One entry per person; any duplicate entries will be disqualified. One winner per household.
If the user is not already a WCCB VIP Text Club member, they will be prompted to join and will receive up to 2 messages/requests.
Users can opt-out of the WCCB Text Club by texting STOP to 31403 at any time.

ELIGIBILITY: No purchase necessary. To win, you must be 18 years or older and a legal resident of North or South Carolina. No employee of Dreamworks Animation and Universal Pictures and their affiliated artists and promoters (“Sponsor”) or WCCB-TV (“Station”), their affiliated companies, his or her spouse, or immediate family members and/or those living in the same household of each shall be eligible to win. Immediate family members include, but are not necessarily limited to, parents, brothers, sisters, nieces, nephews, aunts, uncles, cousins, and grandparents. Employees, or relatives of employees, of any television or radio station in the Charlotte Nielsen DMA or Charlotte Arbitron ADI are not eligible to win. Additionally, Station reserves the right to disqualify any other person from participation in the Contest where such participation would, in the sole opinion of Station, compromise or give the appearance of compromising the integrity of the Contest. No person shall be eligible to win any contest conducted by the Station more than one time in any sixty-day period.

7) Winners will be notified by text no later than 3 PM on Thursday, December 17th, 2020 with instructions on how to claim the prize. Please don’t come to the station unless instructed to do so.