CHARLOTTE –  Have you noticed?  Big changes are in the air in one of Charlotte’s oldest African American communities.  A multi-million dollar revitalization project is underway in the historic West End neighborhood.  The city’s goal is to create opportunities where people who live there, can work and spend their money right in their own back yard.

“This is our second location.  Our first location is in Ft. Mill.  We’re excited to have that location, the town really rallied behind us during the pandemic, but this is kind of a homecoming for us,” says Business owner Justin Powell.

Todd Martinez, the owner of Jet’s Pizza, is opening his new restaurant right next door to Powell’s shoppe. 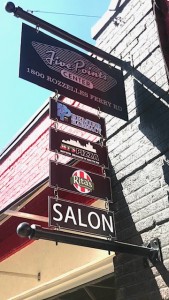 “Yeah, I think it’s pretty cool.  It will be good to have a little bit of diversity here right,” says business owner Todd Martinez.  He already owns Jet’s Pizza Parlors in Huntersville and Mooresville.  This will be his first Charlotte location.

“Right now there is no pharmacy right there in the area, and one of the biggest things that we’re looking forward to is we are the official pharmacy for Johnson C. Smith University,” says Prince.

Jet’s Pizza will open in the next week or so, Rita’s Italian Ice is expected to open around May 7.  Premier Pharmacy plans to open its doors in June.