Widespread torrential rainfall and damaging straight-line winds are the main threats with this system, but an isolated tornado can't be ruled out. 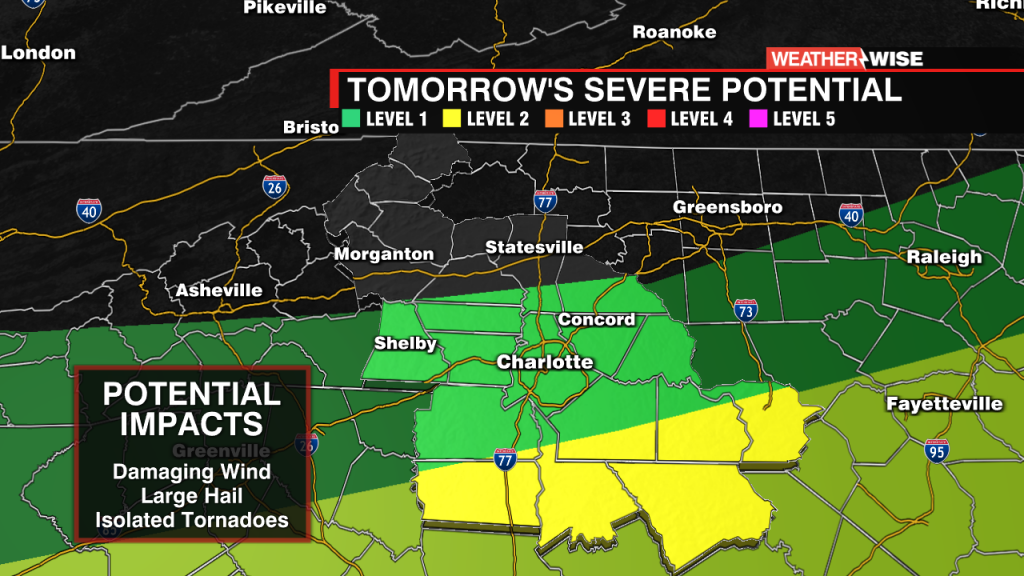 After a very dry April, strong storms are back in the forecast Saturday. A level ‘two’ out of five threat is in place for areas south of I-85. Damaging wind, localized flooding, large hail and isolated tornadoes are all threats. 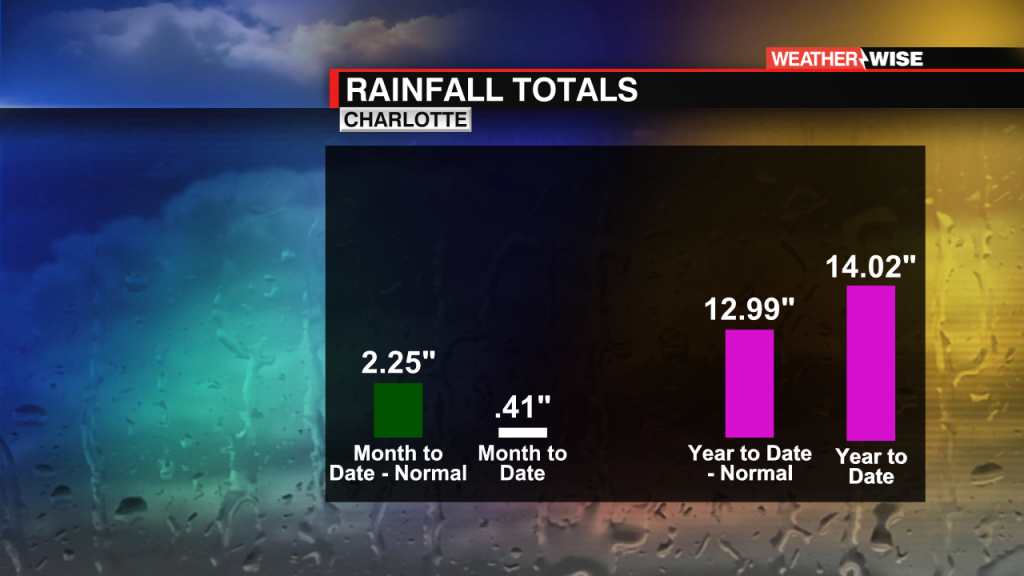 April has been abnormally dry for Charlotte

A strong area of low pressure is currently developing east of the Rockies. The system will sweep into the Deep South, picking up moisture and energy from the Atlantic, before sweeping into the Carolinas by Saturday afternoon. April has been extremely dry with less than 1/2″ of rainfall for the Charlotte Metro Area – a deficit of more than 2″ for the month. A warm front lifting north into the region, likely making it as far north as South Charlotte. Areas along and south of this boundary is likely where embedded severe storms would develop. 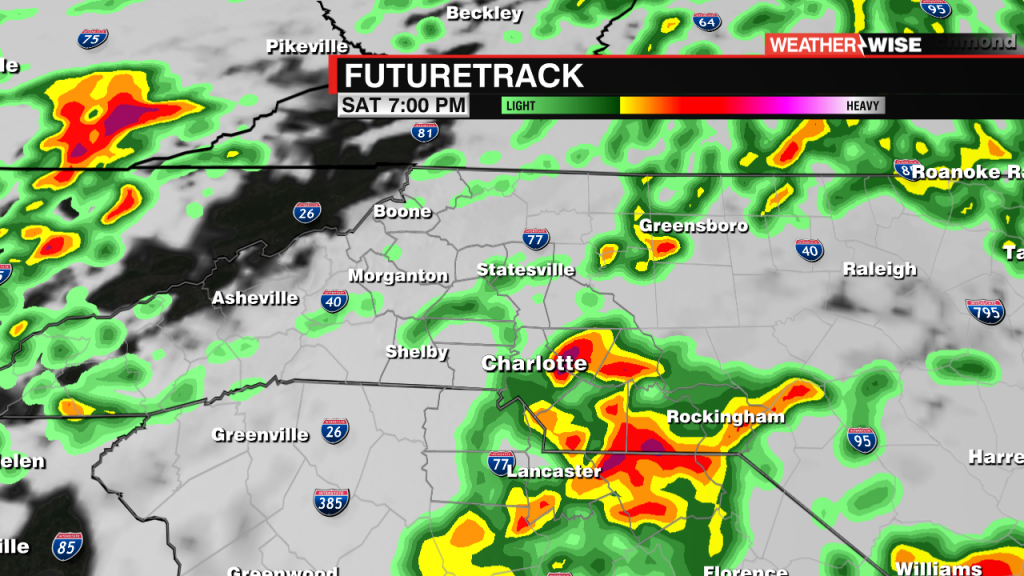 Rain will begin Saturday morning. But, the severe threat will be greatest from mid-afternoon to early evening.

Showers and storms will arrive from the south and west by the late morning Saturday. The severe window will open from late afternoon through the early evening – roughly 2 pm – 8 pm. Severe storms will become less likely after sunset, before completely diminishing by midnight. A few showers may linger into early Sunday morning, but all rain should move out by sunrise. 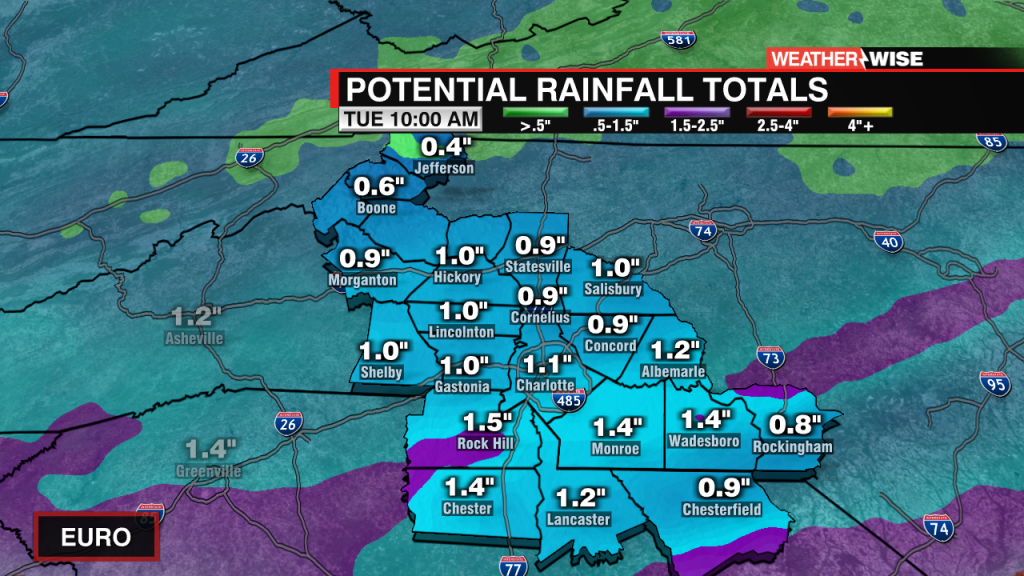 Potentially flooding rain and damaging straight-line winds are the main threats with this storm. A few models are indicating another mesoscale convective vortex (MCV) situation, much like what we saw in the Foothills and Upstate SC a few weeks ago. This means although low, an isolated embedded tornado risk can’t be ruled out. We’ll be watching for any rotation in storms that could produce quick, spin-up tornadoes.

The severe threat is generally low. We’ll need to watch out for two lines of storms about 3-4 hours apart from each other on our Saturday. While most storms will be non-severe, some may pack gusty winds, heavy rain, and even a spin-up tornado in the afternoon and evening. Download our WCCB Weather App and follow the WCCB WeatherWise team online, on-air, and on social media for updates from our team.