This week marks the 10th anniversary of the Super Tornado Outbreak across the south. Over 300 tornadoes touched down over the course of 72 hours. The 2011 Super Outbreak spanned multiple days, April 25th – April 28th, and affected 26 states across the southern and eastern United States. Alabama was the hardest hit. 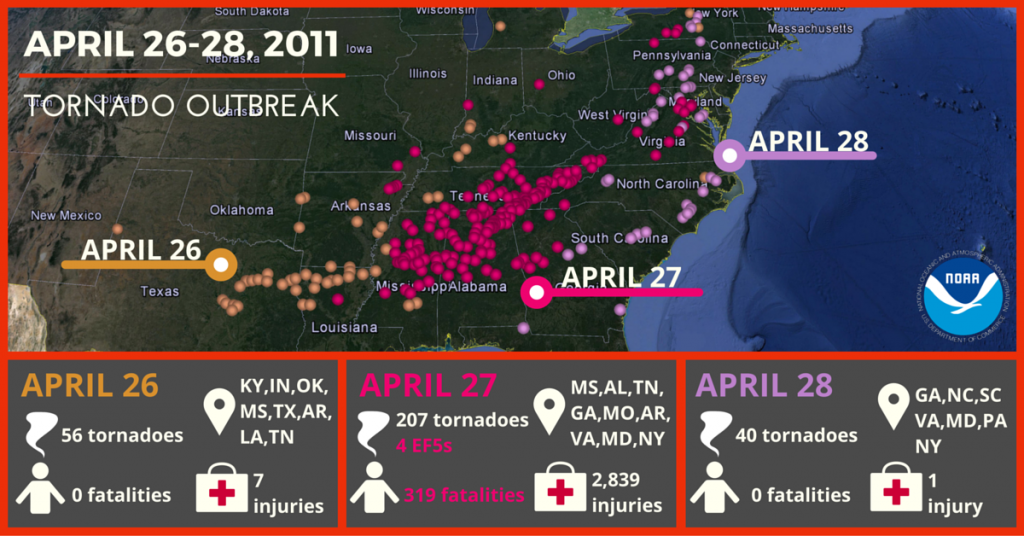 The most deadly tornado was an EF-4 tornado that tore through Tuscaloosa, impacting parts of the University of Alabama campus and Birmingham. It packed winds of 190 mph and was more than 120 football fields wide. It killed 65 people and injured 1200. 240 Alabamian lives were directly lost, with thousands of others injured.

WCCB Rising Producer, Kristen Fisher was a student at the University of Alabama and was at her apartment on April 27th, 2011 when the massive tornado tore through Tuscaloosa. Kristen went to class like normal that day, but in the middle of class tornado alerts began to go off. The University wanted everyone to stay put in their building, but Kristen felt she would be safer at her apartment. Friends that lived above her came down to her lower floor to get away from the top of the building. They turned on the news to see a tornado was moving through their beloved college town. At one point, they looked out the window and saw this… 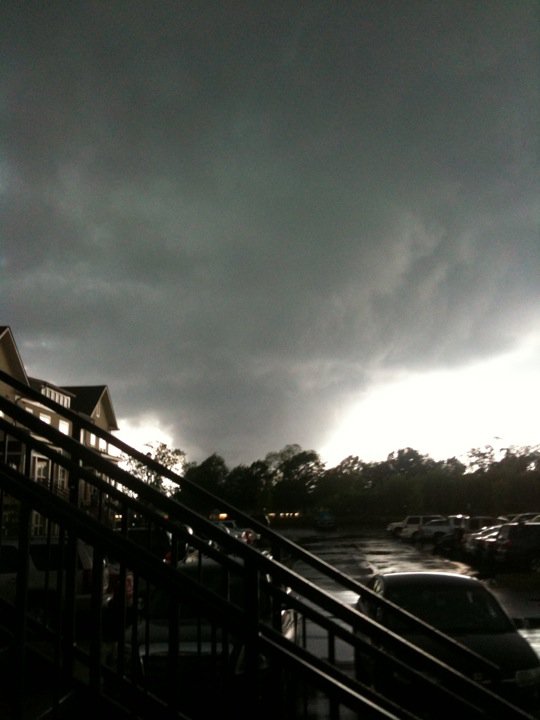 Once they saw the tornado, they all got in the bathroom and prayed. “Thank god it did not touch us, but everything around us was destroyed. It looked like a war zone.” – Kristen Fisher

The Historic Outbreak of April 27, 2011, was well forecast, with mention of severe potential days prior to the event, but there is always room for improvement. While not every life lost is preventable, many are. Scientists continue to work toward making the warning process better to protect our communities.

“We remember our neighbors impacted by the tornadoes and the lives lost, and honor those who assisted with rescue and recovery efforts in the months that followed.” – NWS Birmingham