Severe Threat to Start the Week: Damaging Wind, Hail and Isolated Tornadoes Will Be Possible 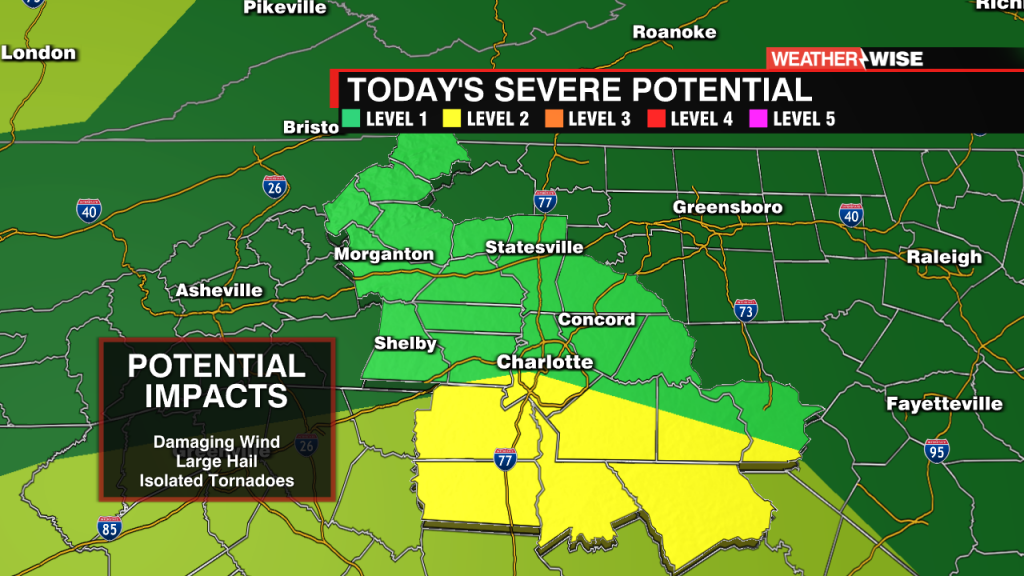 Damaging Wind, Hail and Isolated Tornadoes will be possible

An upper-level disturbance will truck through the area today. We’re already seeing a few storms this morning, but the severe threat will increase later this afternoon with peak daytime heating. These storms have plenty of moisture to feed off of. Although the rain is needed, heavy downpours could lead to a localized flooding threat. Any storm that becomes severe could produce damaging wind, large hail, and although low, can’t rule out the threat for an isolated tornado. Storms will lose intensity after sunset.
Timeline of Monday’s Storms 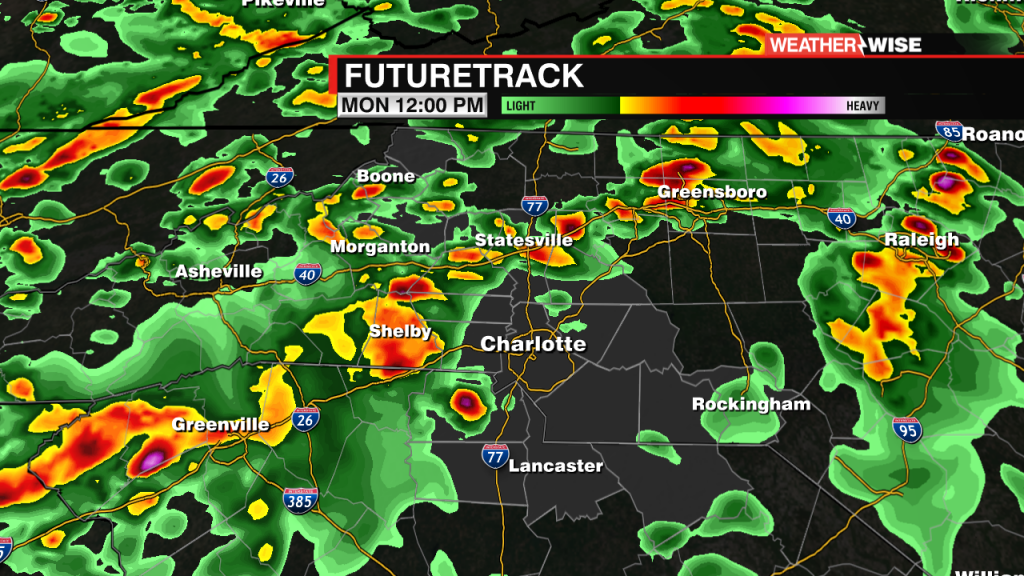 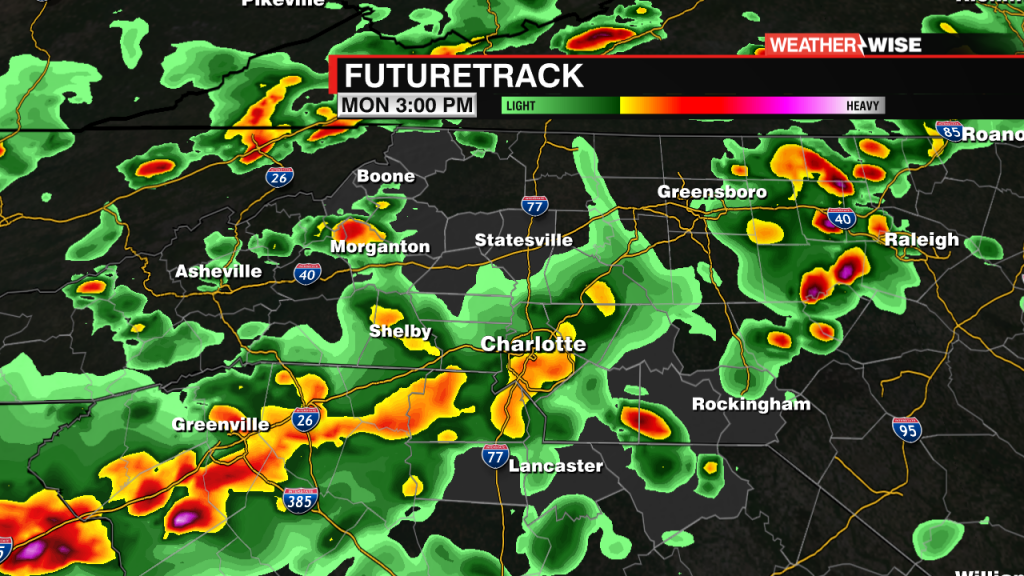 3 PM FutureTrack: Severe Threat along and east of I-77 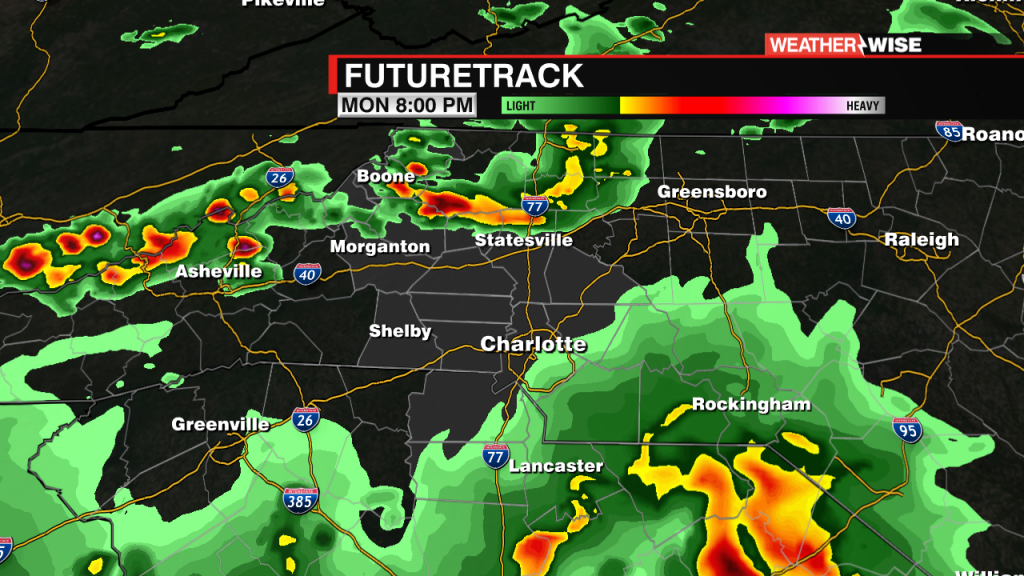 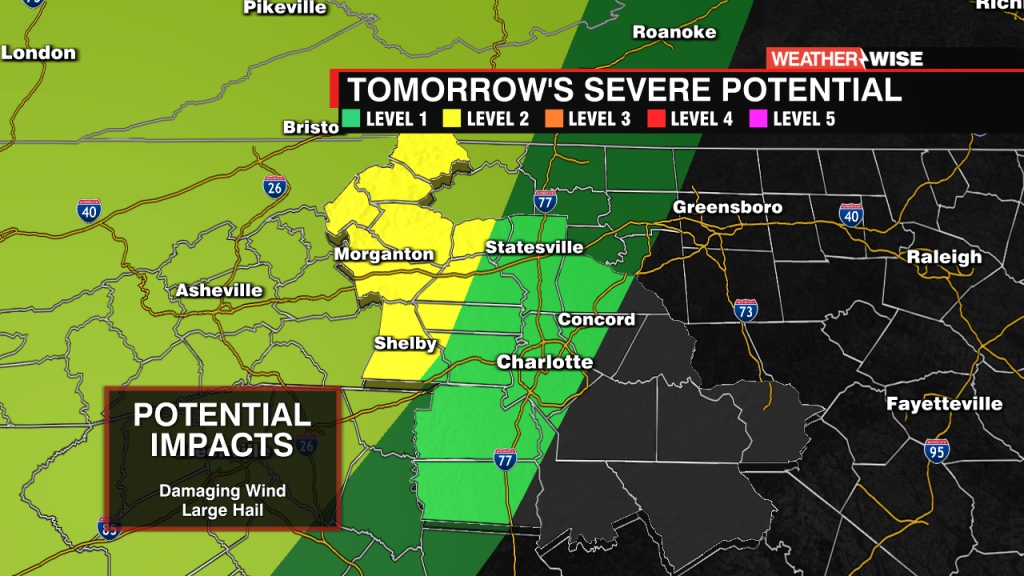 After a quiet night, more showers and storms will return to the region Tuesday. Strong to severe storms will develop later in the afternoon ahead of a cold front. We’ll have plenty of energy for these storms, but we’re lacking a bit of the spin. Still, this means a greater damaging wind and hail threat. As of now, these storms will clear the area before sunset, but the timing could change over the next 36 hours.
Wednesday: Level 1 Severe Threat
Where: Isolated
Biggest Impacts: Damaging Wind 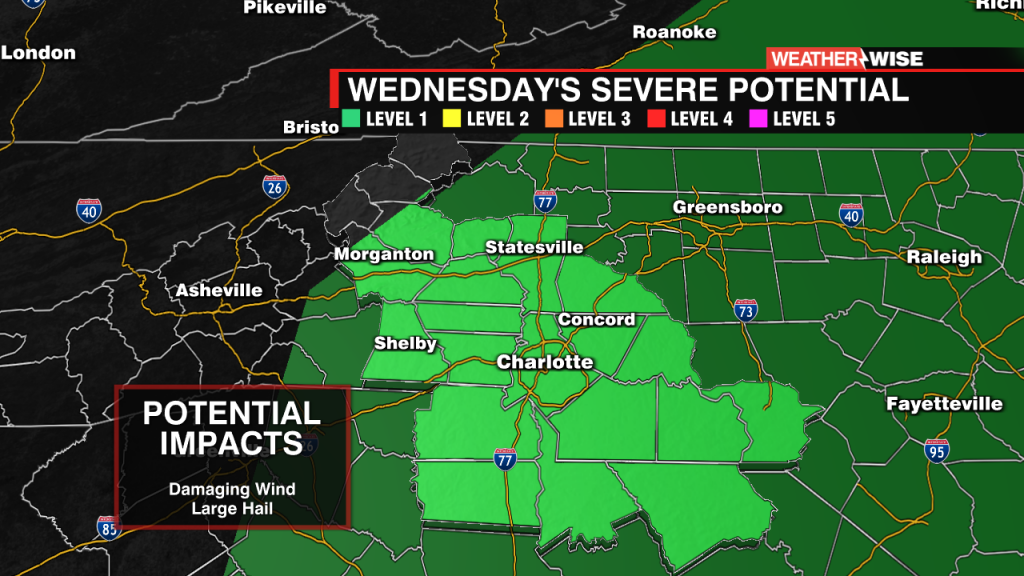 Last of the storms early in the day. Isolated severe threat with damaging wind being the biggest threat as the cold front finally clears the area through the day. Expect cooler and drier air to follow.