CHARLOTTE, N.C. — The historic Ervin Building on Independence Boulevard is under renovation to become a modern office space and restaurant, according to officials with Gvest Capital. 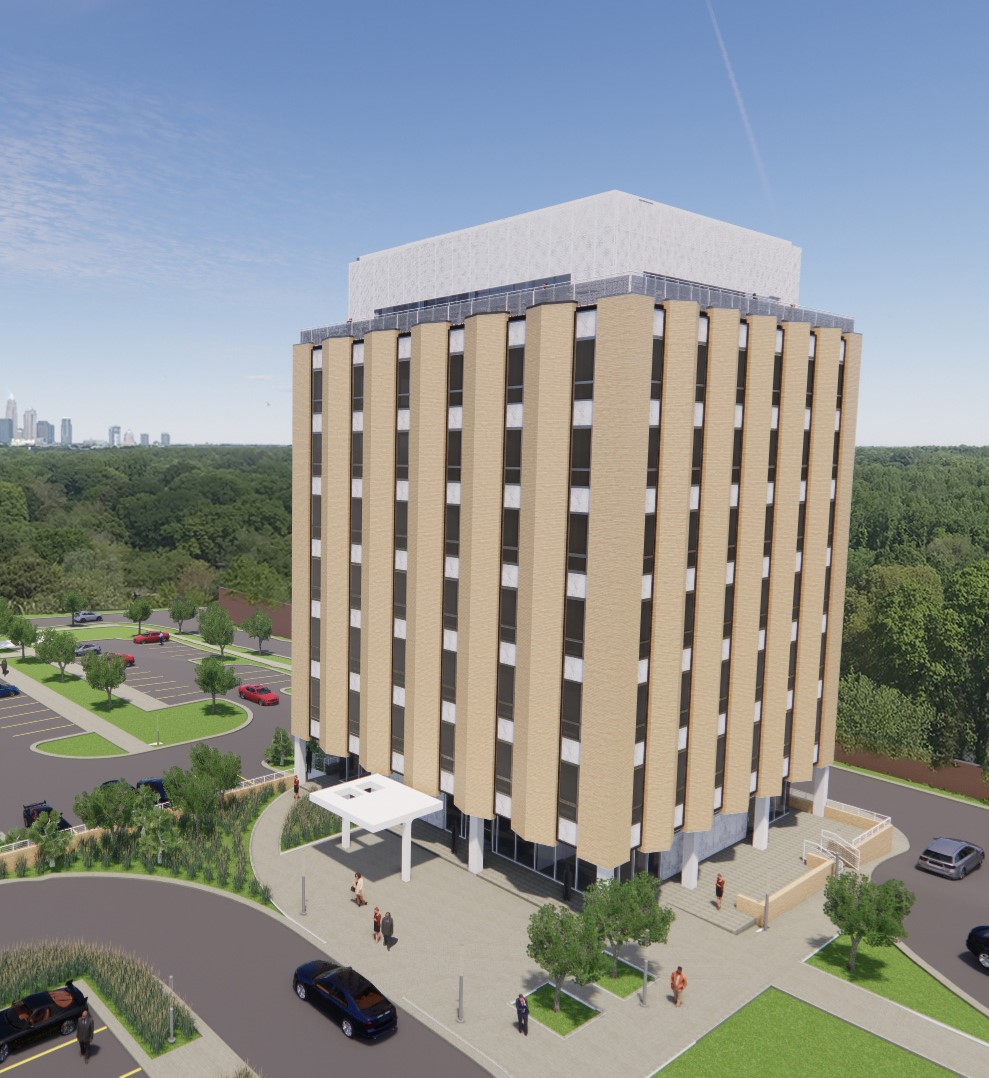 Officials say the renovation will take 12 months to complete, and the project will start with demoing the interior of the building down to the original structure, while preserving the historic exterior of the building that has been a landmark for east Charlotte since its inception in 1962.

Each floor of the building will be rebuilt into modern office space, and officials say the penthouse will be converted into a rooftop bar and restaurant offering 360 degree views of the Charlotte skyline.

Officials say when patrons enter the lobby of the newly renovated building, they will be welcomed by a memorial of Charles Ervin.

The memorial will explore Mr. Ervin’s vision for Charlotte and include a personally written letter from Walt Disney endorsing the design of the Ervin Building in 1959.

Gvest officials say a massive 200-foot mural illustrating Charlotte throughout the decades will be painted along the Pierson Drive retaining wall, and the mural will start in the 1960s depicting Dorothy Counts, the first woman of color to integrate in the Charlotte Public System.

Officials say the neighboring single-story building will be demolished in the coming weeks as renovation efforts get underway.