Police: 22-Year-Old Charged After Shooting At Domino’s Employees In Rock Hill Because ‘The Business Was Closed’ 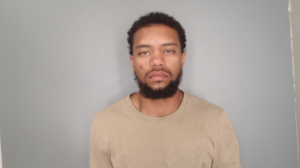 ROCK HILL, S.C. — A 22-year-old man has been arrested after police say he shot at Domino’s employees Sunday because the Rock Hill business was closed.

Officers responded to the restaurant located on East White Street around 1:35 a.m. after reports of a disorderly man. On the way to the scene, officer were informed that shots has been fired at the scene.

Upon arrival, several employees at the location told police that the suspect fled in a grey Camaro.

According to Rock Hill Police, four employees stated the suspect began arguing because the business was closed and they would not allow him to place an order. The suspect is then accused of retrieving a firearm from their vehicle and fired multiple shots at the employees from outside the business.

Four spent shell casings were located in the parking lot.

Around 1:55 a.m., officers observed a vehicle matching the description of the suspect’s traveling at a high speed on Heckle Boulevard and a traffic stop was conducted. Officers seized a firearm from the vehicle and the suspect, identified as Kito Azi Weaver II, of Columbia, South Carolina was detained.

Police said Weaver was arrested and charged with four counts of attempted murder and one count of possession of a weapon during a crime of violence, according to police.