Over 50 people have died in Germany and Belgium with the death toll expected to rise as the missing are accounted for. 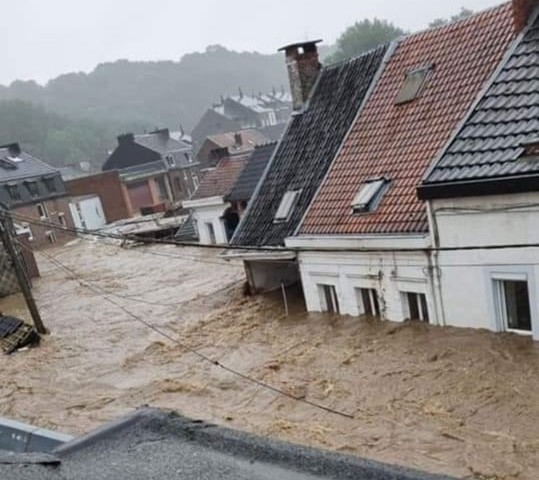 BERLIN — Over 50 people are dead and dozens more are missing as the heaviest rainfall in over a century struck portions of western Europe. Severe flooding turned quaint village towns and streets into raging rivers that collapsed buildings and swept away both life and property. The worst reports are coming out of North Rhine-Westphalia, Germany’s most populous state, where over 30 people have died. German Chancellor Angela Merkel fears the death toll will continue to rise as the missing are accounted for, stating,“‘Heavy rain and flooding’ doesn’t capture what happened.” 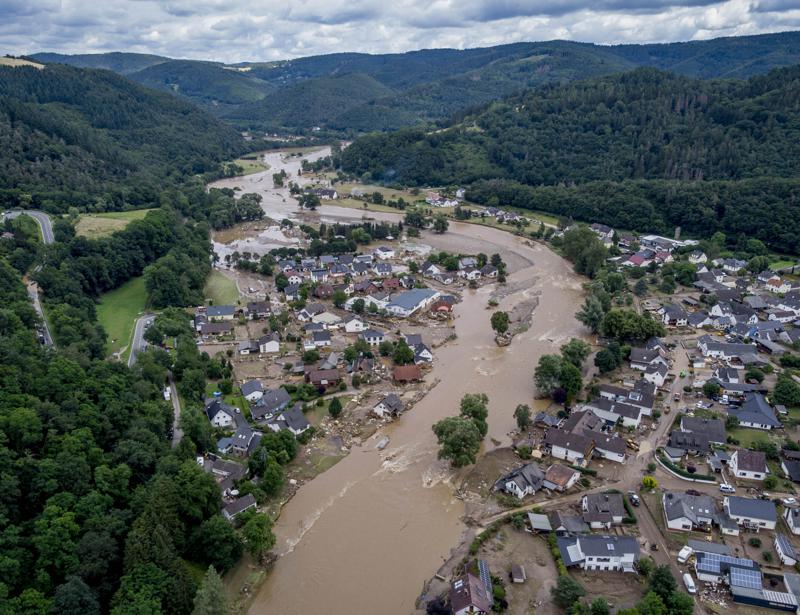 The Ahr river floats past destroyed houses in Insul, Germany, Thursday, July 15, 2021. Due to heavy rain falls the Ahr river dramatically went over the banks the evening before. (AP Photo/Michael Probst)

Many villages were reduced to rubble and mud as a torrent of fast-moving water swept through communities on the banks of the Rhine and Ahr rivers. Schuld, a small town of 700 in western Germany, suffered catastrophic damage. Several homes and businesses were destroyed as dozens remain missing in the hamlet. Karl-Heinz Grimm, who had come to help his parents in Schuld, said he had never seen the small Ahr River surge in such a deadly torrent. “This night, it was like madness,” he said. 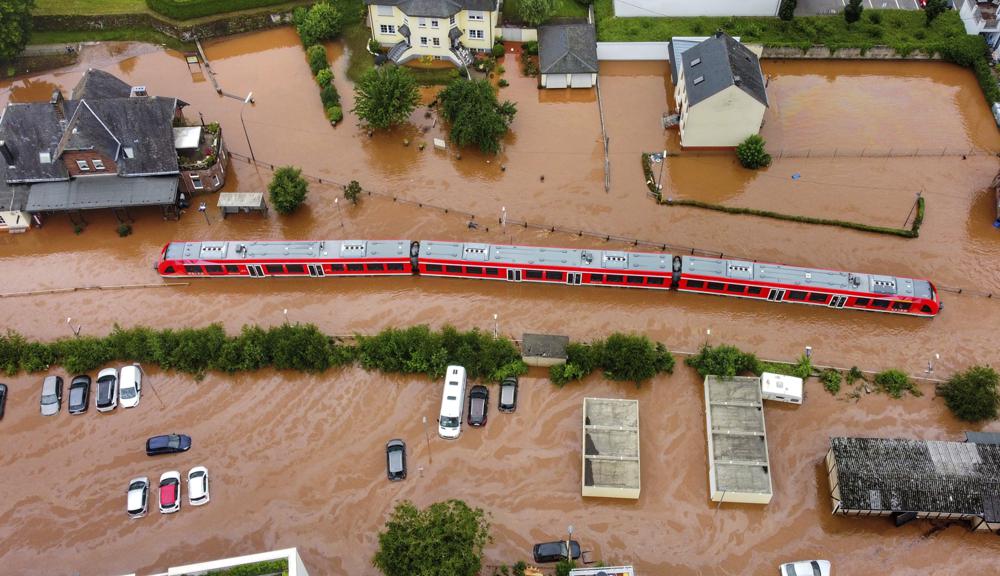 A regional train sits in the flood waters at the local station in Kordel, Germany, Thursday July 15, 2021 after it was flooded by the high waters of the Kyll river. (Sebastian Schmitt/dpa via AP)

Things were not much better in nearby Belgium. The Meuse River, which also overflowed its banks, runs straight through the heart of the country. Eight people are dead in the kingdom, another number that is expected to rise. Tragedy struck again in Pepinster, where a rescue operation run by firefighters went awry when their boat turned over and three elderly citizens went underwater. The three that were ejected from the boat are still missing. Major highways in Belgium were overrun by raging rapids, cutting off communication and travel across the area. 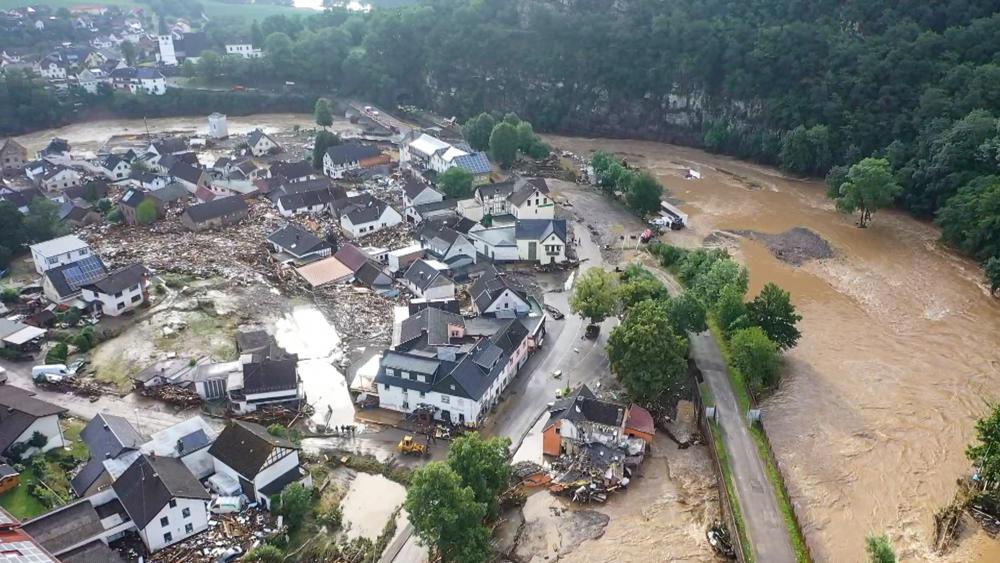 A photo, taken with a drone, shows the devastation caused by the flooding of the Ahr River in the Eifel village of Schuld, western Germany, Thursday, July 15, 2021. At least eight people have died and dozens of people are missing in Germany after heavy flooding turned streams and streets into raging torrents, sweeping away cars and causing some buildings to collapse. (Christoph Reichwein/dpa via AP)

Many spots in eastern Belgium and western Germany received over two months’ worth of rain in just under 48 hours. While conditions should improve into the weekend, water levels in some rivers will continue to rise before cresting over the next few days. Forecasters in France and surrounding countries are still worried about the threat of mudslides in mountainous regions as scattered showers and storms are expected again on Friday in parts of Europe.