Some neighborhoods picked up well over a months worth of rain in just a few hours over this last unsettled 48-hour stretch. 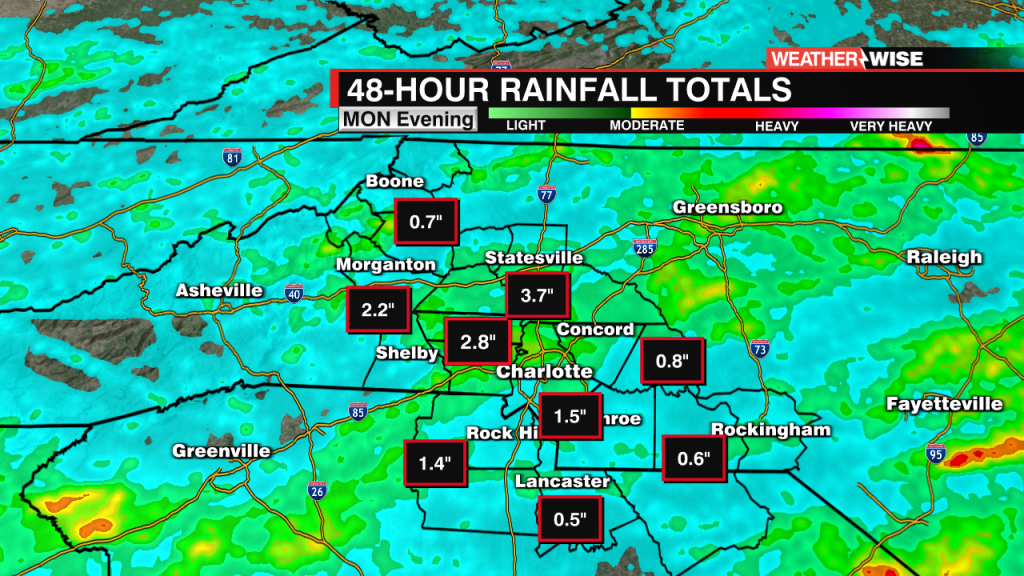 Charlotte Douglas International Airport only recorded 0.69” of rain from Saturday night through Monday night which is on the lower end of our 48-hour rainfall totals. On average, the WCCB Charlotte viewing area pick up between 1-2 inches of rain, but isolated neighborhoods did see 5+” thanks to very slow moving downpours. A couple of the hard hit areas include portions of Iredell, Lincoln, Gaston and Mecklenburg counties. 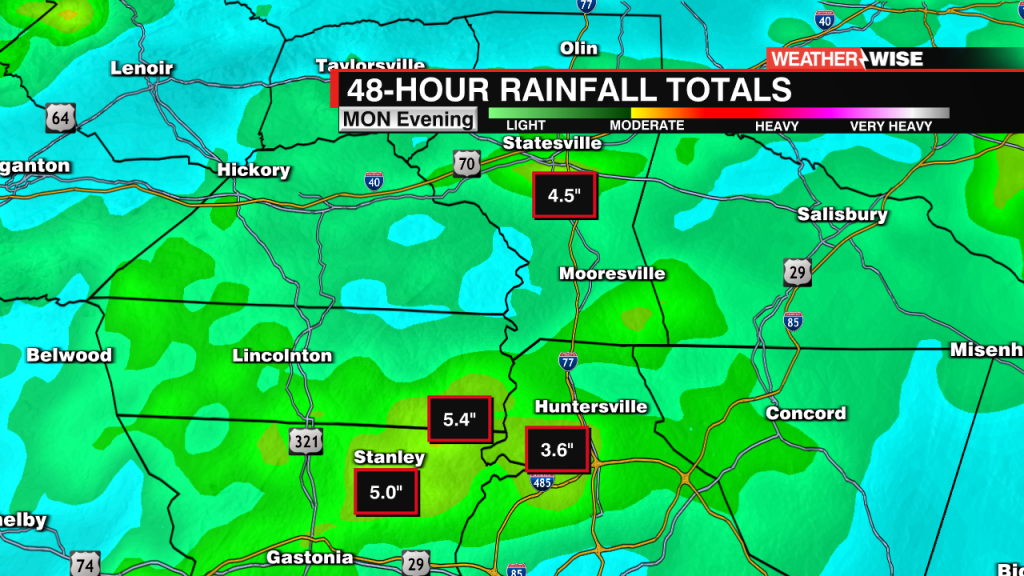 Rain chances are going down over the next five days as the stalled front settles more to our south. Expect the heaviest rain on Tuesday to set up over the Midlands of South Carolina with only scattered showers lingering mainly south of I-85 across the WCCB Charlotte area. Slightly drier air builds in on Wednesday allowing for just isolated showers to develop. 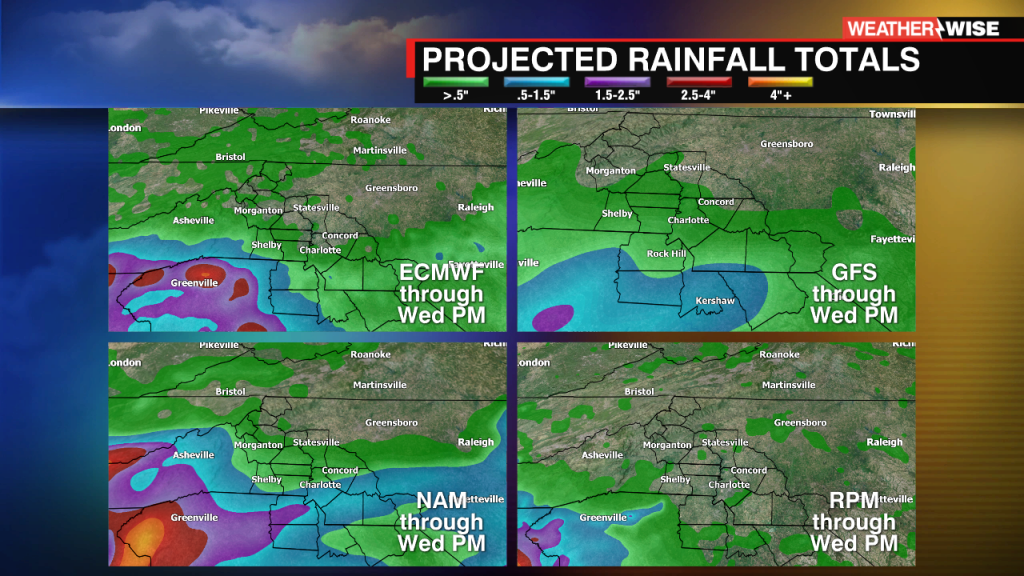 With the heavy rain on Sunday and Monday, our drought monitor will likely see a great improvement when updated on Thursday, July 22nd. Below is the current drought monitor that is valid as of Tuesday, July 13th – this does not include the most recent rainfall: 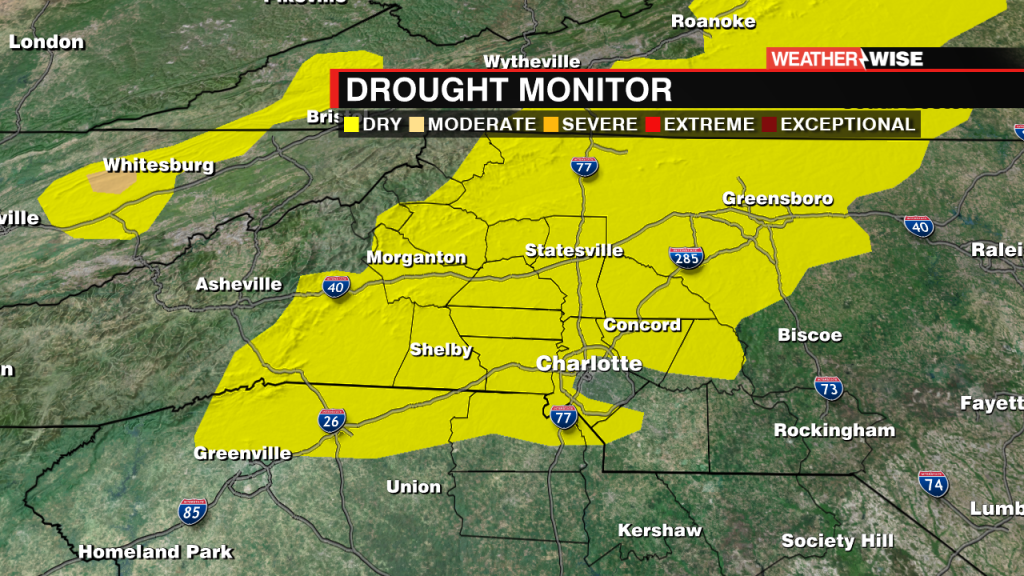