Tsunami warnings were issued for the Aleutian Islands, but have since been canceled. 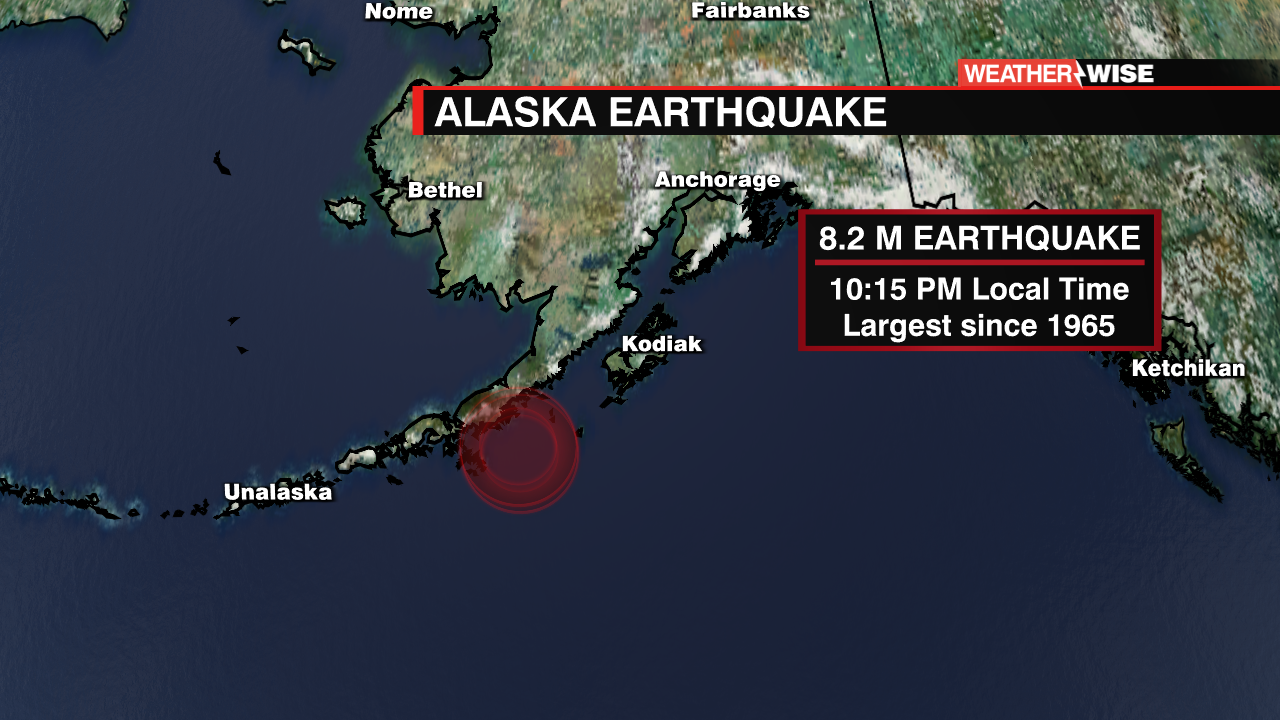 ALASKA, U.S. — Alaska’s largest earthquake in over 50 years struck the state last night, prompting wide-reaching tsunami warnings and sending residents scrambling to safety. While all warnings and advisories have been canceled and damage reports appear minimal, the true nature of the earthquake won’t be known until the sun rises Thursday morning across the Last Frontier.

Tonight's M8.2 event occurred close to the rupture area of the 2020 M7.8 earthquake and was the largest U.S. earthquake in 50 years. We'll continue to update as this sequence unfolds, but here is a short piece on our website with what we know so far. https://t.co/PzHaaQ8Zbl pic.twitter.com/vcM8fq9IV7

Registering in at an 8.2 on the Richter scale, Wednesday night’s earthquake is believed to be the largest to rock the United States since 1965. The tremor’s epicenter was located 65 miles southeast of Perryville, or 250 miles southwest of Kodiak. With its hypocenter at roughly 29 miles deep, this quake is considered to be rather shallow. Shallower earthquakes are typically more dangerous, as seismic waves travel a shorter distance to the surface compared to deeper tremors.

US West Coast residents: there will be no further alerts issued for this event. No significant tsunami is expected. Once again, California, Oregon, Washington, British Columbia, Alaska – all clear.
Strong & unusual currents may continue for the next several hours.
-tsunami.gov

Fortunately, tsunami fears did not ring true, as the largest swell crested at just over a half-foot along Alaska’s Aleutian Islands. Tsunami advisories were also issued for many Pacific islands outside of Alaska, including Hawaii, but have since been canceled.

Two strong aftershocks clocking in at magnitudes 6.2 and 5.6, respectively, also struck just off the coast of the Aleutian Islands last night.

The 8.2 earthquake is also the strongest the world has seen since 2018.

'Its Affected Me Greatly.' Mother Of Charlotte Woman Murdered In Canada Reacts To Gabby Petito Case