A Rock Hill sex assault suspect, that was linked to Monday night’s assault along with five other incidents, has been identified as an 18-year-old.

The Rock Hill Police Department identified Antavis Dickerson as a suspect in the attempted sexual assault from Automall Parkway and located him at a Riverview Road residence. 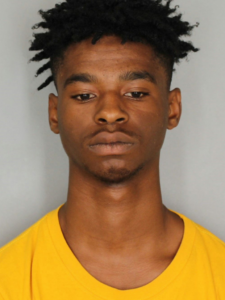 Police said when Dickerson spoke with detectives he implicated himself in the following incidents:

“It’s alarming to us because it was repeated behavior,” says Lt. Michael Chavis with Rock Hill Police.

Monday, authorities say Dickerson assaulted a woman on Automall Drive.  The woman told police the attacker tried to pull her pants down, and drag her into the woods.  The woman was armed, and fired several shots at the man.

A sex assault suspect is behind bars after police say they attacked a woman walking near Cherry Road in Rock Hill.

Police are now looking into a connection to any other crimes in the area.

“That’s crazy,” said one woman, in shock about the news.

“I come to this gas station all the time and just to know that somebody could get attacked right there is beyond me,” said Jaylah McCants, a Rock Hill resident.

According to police, just before 10 p.m. Monday night, a woman was attacked while walking along Automall Drive towards the Circle K gas station. She told police that she saw a shadowy figure who then attacked her when she walked by. The woman fought back, but the assailant tried to pull her pants down and drag her into the woods.

Police say the woman was carrying a gun and that she was able to get a hold of it and fire at her attacker in order to get away.

According to the police report, the woman emptied the clip, but was unsure if she struck the attacker.

Nearby surveillance video shows the suspect. Police say the man is now in custody and being investigated for the crime.

People who live and work near the gas station say they’ll be more cautious.

“When it starts hitting home, it makes you think about things,” said McCants.

The woman didn’t suffer any injuries. Police have not identified the suspect or announced the charges he faces.

ROCK HILL, S.C. — A woman fought off and shot a firearm at a man that was sexually assaulting her in Rock Hill Monday night.

Officers responded to Automall Parkway, off of Cherry Road, around 9:45 p.m. after reports of a shooting. Upon arrival, officers learned from the victim that she was walking on Automall Parkway when she saw a shadow and the person grabbed her.

Police said the victim was able to retrieve her gun and start shooting at the suspect as he ran toward Celanese Road.

According to a news release, the suspect has been described as a black male with a fade, light blue skinny jeans, and a dark blue hoodie with white letters.

If anyone has any information regarding this incident, they are asked to call 803-329-7293.