CHARLOTTE, N.C. — Emotions running high as neighbors in the Starmount neighborhood confront people waiting in line and WCCB was told one man even threatened staff with a shotgun.

The man, who allegedly lives in the area, was reportedly armed with a shotgun when he approached the employees at the testing site in the Starmount neighborhood on South Boulevard near Arrowood Road Wednesday, according to StarMed CEO Michael Estramonte.

The man claimed he was upset with the traffic issues the testing site was causing in the neighborhood, says Estramonte.  The testing site was opened in December to help with the influx of people trying to get COVID-19 tests and vaccinations. He told WCCB a police report was not made because the man didn’t point the weapon.

Other neighbors in Starmount tell WCCB the lines are blocking them in their driveway.

“If I want to leave I have to negotiate with the person behind the person blocking the driveway, sane do you know when they move I’ll run out and I’ve got a leave,” says Starmount resident Mary Broderick.

She says she’s frustrated and worried about her neighbors.

Estramonte says they are looking for another testing location in the area, but there’s not a lot of large parking lots here on south blvd that would be conducive.

“I get it. People are probably tired of having lines. We didn’t anticipate when we set up a testing site there that the lines would go so far back to back up into a residential community,” adds Estramonte.

A separate incident was reported at the same location Wednesday when a neighbor confronted a driver who was in line for a COVID test for reportedly throwing garbage out of their car.  The neighbor, who works as a security officer, saw it and confronted the driver, according to officials.  The security officer had his work gun in a holster.

The testing site is closed Thursday.  StarMed officials say law enforcement responded to the scene but no arrests were made and no injuries were reported. 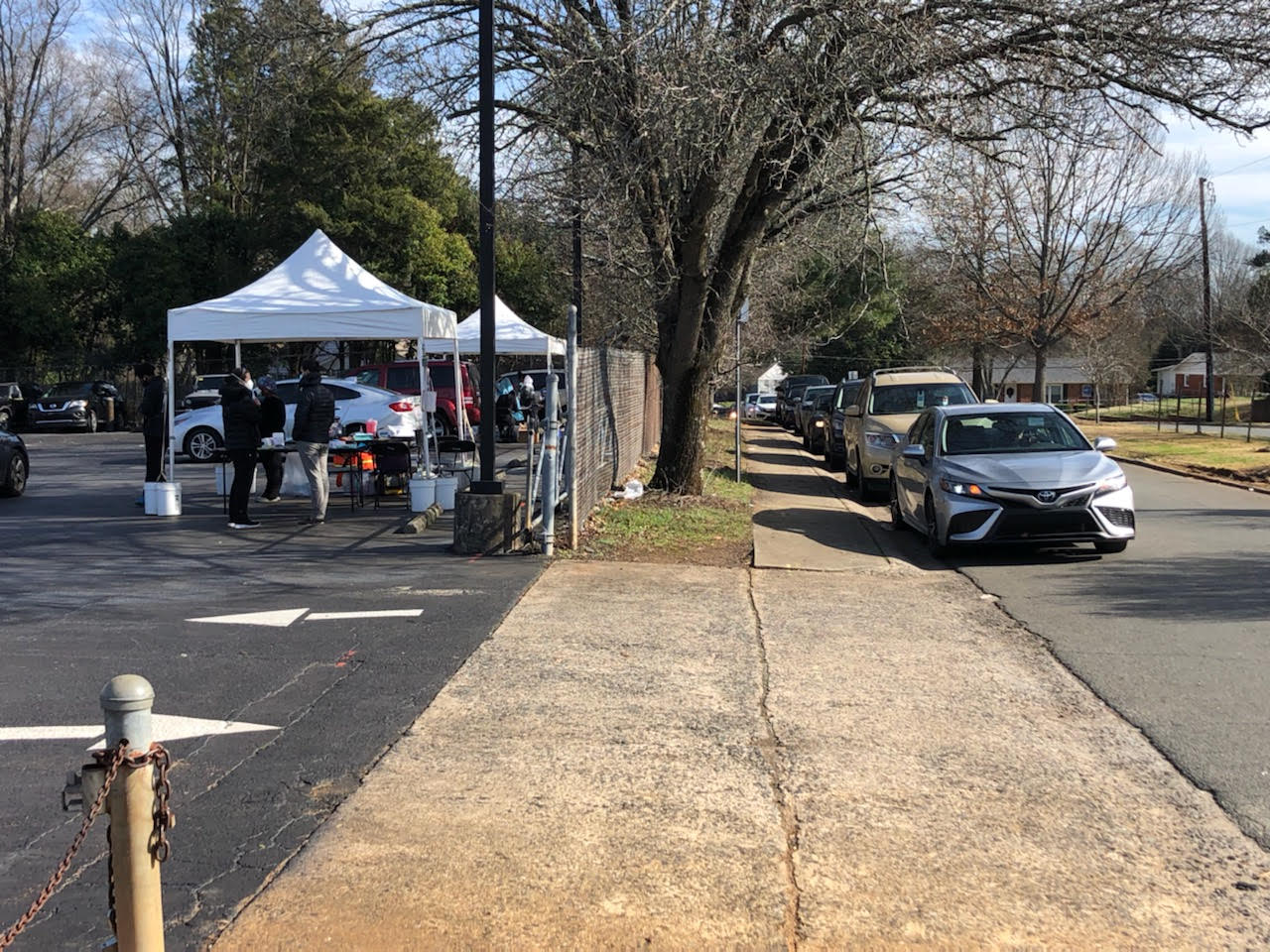