Her father, Brent Bockes, has been charged with 1st degree murder in the death of his wife, the girl’s mother, according to authorities.

Investigators say Riley Bockes was found in a motel in Tennessee hours after her father, Brent Bockes, allegedly kidnapped her and her mother was found dead inside their Sanford, N.C. home. 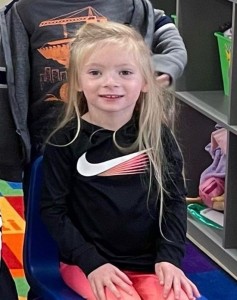 SANFORD, N.C. — Police are searching for a missing 3-year-old girl after she was allegedly abducted from a home in Sanford, N.C. on Wednesday.

Investigators say her mother, Deana Bockes, was found dead inside the same home on Lee Avenue shortly after an Amber Alert was issued for the 3-year-old.

Police are investigating her death as a homicide.

Authorities say there is allegedly one abductor, Brent Bockes, and he is described as a 50-year-old White man, 6 feet, weighing 210 pounds with brown hair and blue eyes.

Bockes is also described as having a large scar on his left wrist, a tattoo across his stomach, and a tattoo on his upper right arm.

Anyone with information regarding this abduction is asked to call the Sanford Police Department at 919-777-1005 or 911 immediately.

Charlotte Renames Final Two Streets With Ties To The Confederacy