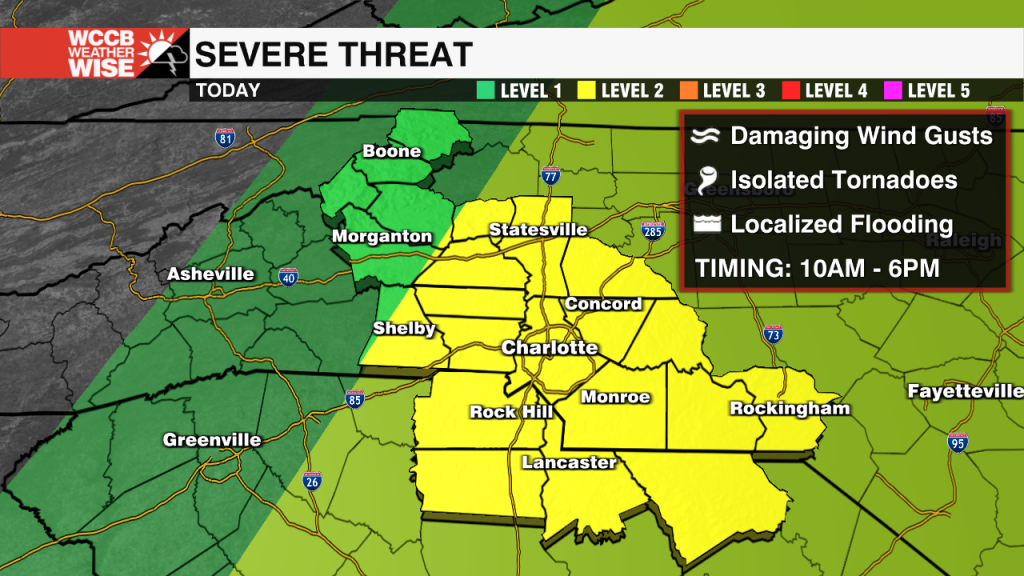 CHARLOTTE, N.C. — The Carolinas are under the gun once again. Only a week removed from a tornado that ripped through Alexander County, another powerful system sweeps into the WCCB Charlotte viewing area Thursdat. Strong wind and heavy rain will impact the area for the morning commute, followed by an afternoon low-end tornado threat.

As shown above, showers and storms should begin rolling into the western edges of the viewing area by sunrise Thursday morning. The rain should reach the Metro by the heart of the morning commute. Expect widespread delays as gusty showers push into the Queen City. 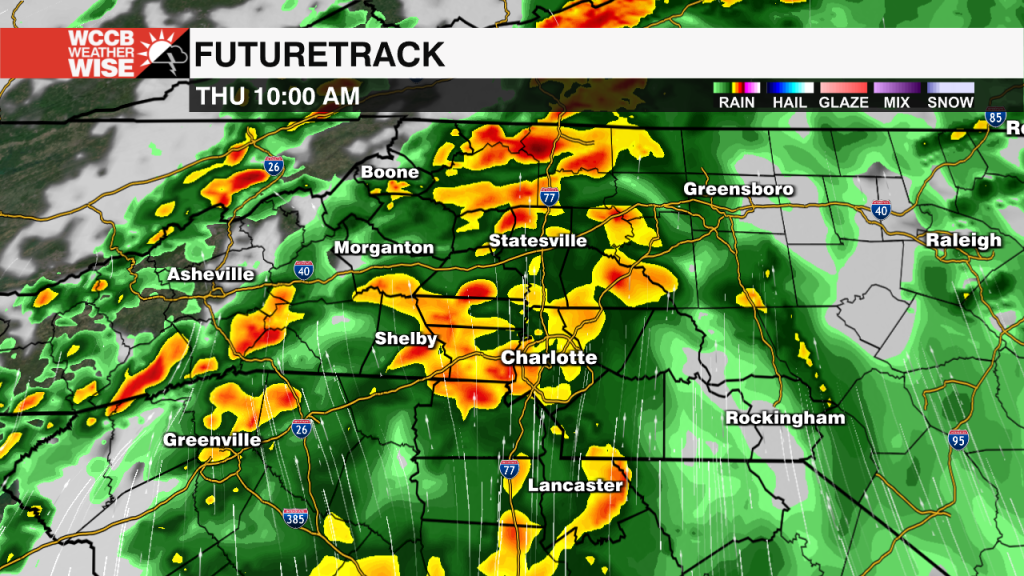 Wind gusts may approach the 40-50 mph range through the first half of the day ahead of this strong cold front. 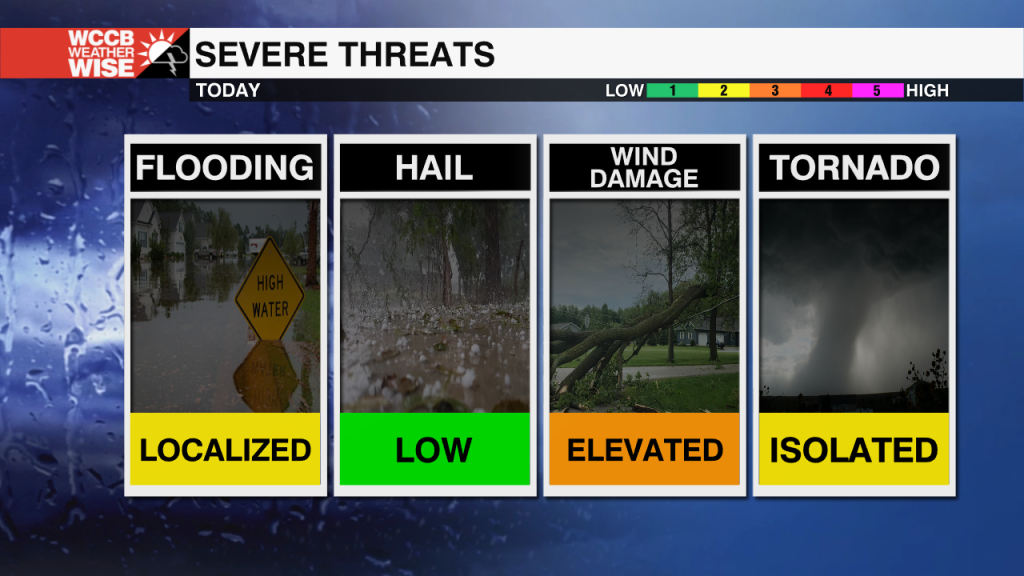 While travel headaches are likely, the timing of the storms’ arrival does limit a widespread severe threat. The storms’ morning emergence will prevent them from soaking up energy from the heat of the day, dampening a higher severe potential. However, we’ll need to watch for isolated cells that organize this afternoon. 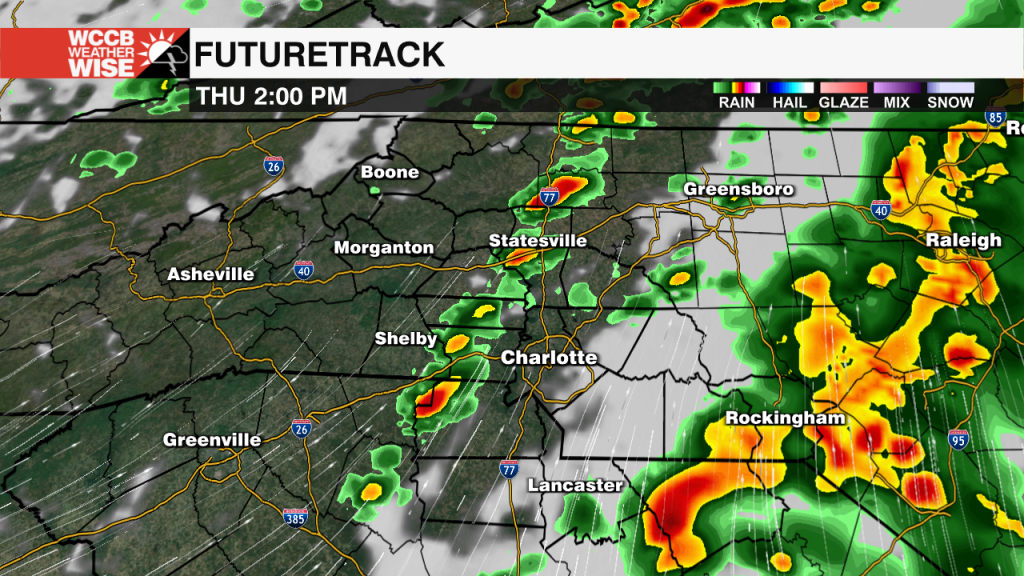 While there won’t be a whole lot of energy available with this system, there will be a lot of spin. If storms can organize behind the initial wave of rain and storms, a low-end tornado threat will open up especially east of I-77. 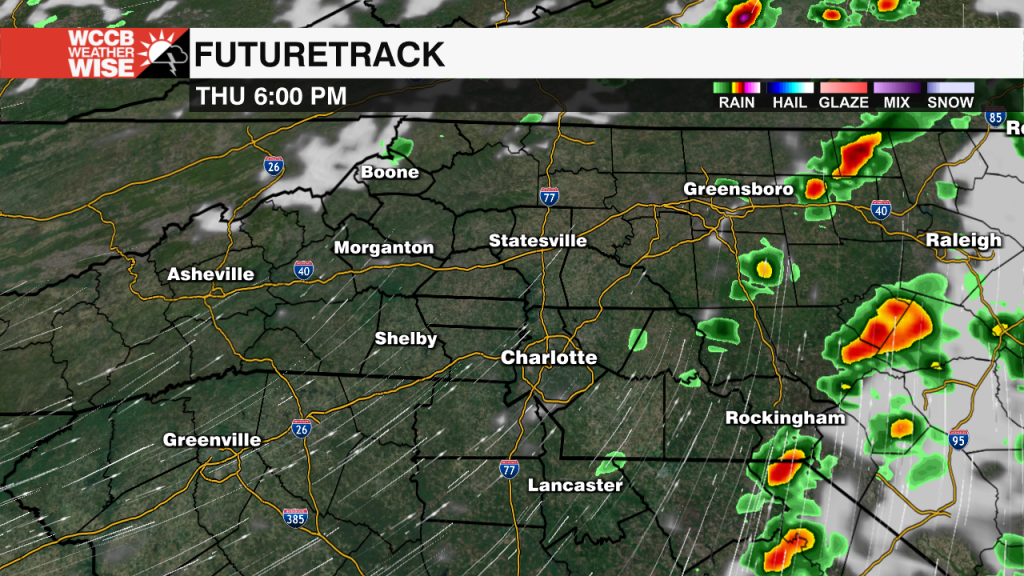 Expect the rain to push out of the area by the evening commute, followed by sunshine and pleasant conditions heading into the weekend.

Download our WCCB Weather App to stay ahead of the storm.