LANCASTER, S.C. — Police say a 36-year-old Lancaster man has been charged with murder in connection to the shooting death of Marico Stevens early on Christmas Day 2021.

Detectives have charged Lajohn Gaither of Lancaster with Murder and Possession of a Firearm during the Commission of a Violent Crime for his alleged involvement in two deadly shootings around the same time. 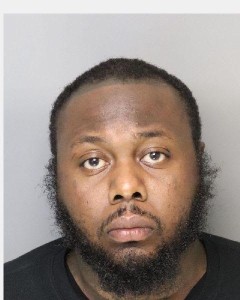 A little after 7:30 a.m. on Christmas morning in 2021, officers were dispatched to a home on East Dunlap Street.

Officers say they found Stevens, 41, slumped over in the driver’s seat of his black 2008 Chrysler 300 parked next to his front porch.

Stevens was found dead with multiple gunshot wounds, according to a news release.

After collecting evidence and conducting interviews, detectives determined Gaither was a suspect and issued warrants for his arrest.

Earlier in April of 2022, Lancaster County investigators were contacted by investigators in Spartanburg County regarding a man who was reported missing after having last been seen leaving a nightclub on April 10th.

Police say the victim’s body in this case was found a few days later in a remote area of Spartanburg County.

It was discovered that he had been shot to death and that Gaither was also a suspect in this homicide, according to a news release.

Detectives then issued additional warrants for Gaither’s arrest charging him with Murder and Possession of a Firearm during the Commission of a Violent Crime in that case.

On April 19th, authorities located Gaither at a home on North Cleveland Street in Kershaw and took him into custody without further incident on the Spartanburg County warrants.

Police say Gaither was taken into custody of the Spartanburg County Detention Center, where he remains.

Warrants for the Christmas Day Lancaster County homicide were obtained Monday and have been entered as a detainer on Gaither with Spartanburg County.

Police say it is unknown if Gaither will be returned to Lancaster County, but it will not be before his Spartanburg County charges are resolved or he posts bond on them.

Lancaster Police Department Acting Chief Brian Small says, “This arrest is a testament to the hard work of the Lancaster County Multijurisdictional Violent Crime
Task Force. These investigators refused to give up and followed up on every lead they received. I do hope this arrest helps the family of Mr. Stevens begin to heal.”

Sheriff Barry Faile stressed the importance of partnerships and the sharing of information among law enforcement agencies.

He says “Although this case was never cold, some time has passed since it occurred. Investigators with the Task Force from the city and the county continued turning over rocks until we had enough to charge Gaither.”

Adding, “When Spartanburg County called us for help, we learned additional information that furthered the investigation of our case. Everybody including the Lancaster County Sheriff’s Office, the Lancaster Police Department, the Spartanburg County Sheriff’s Office, the Marshalls Service, and SLED worked together to track down Gaither and put him into jail for two violent murders.”