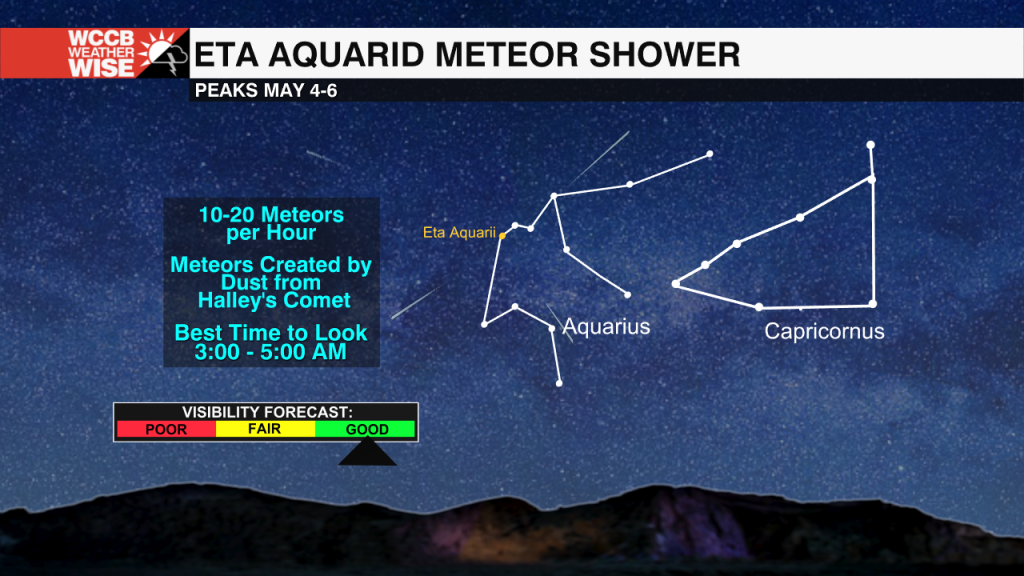 May begins with a need to see a meteor shower. The eta Aquarids meteor shower will peak May 4-6. You can expect to see 10-20 meteors per hour. Viewing conditions across Piedmont will be good with mostly clear skies and not a lot of light coming from the moon as it will only be 15-30% illuminated.

However, you’re going to have to set an alarm for the best views. You will be able to see the most meteors two hours before sunrise. So a good bet would be checking outside after 3 am until close to sunrise. As always, it’s best to get away from light pollution from the city. Look toward the darkest part of the sky – even if that’s not near the constellation Aquarius. Give your eyes time to adjust and be patient while looking for the meteors.

The Eta Aquarids are meteors created by the dust left behind by Halley’s comet, which will return in 2061.