CHARLOTTE, N.C. — CMPD says is it aware of at least 8 victims who claim they were sexually assaulted by former professional skateboarder Wayne (Ray) Goff. 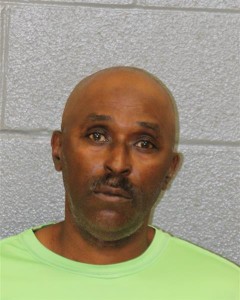 Goff, 52, was a professional skateboarder from Charlotte who was sponsored by smaller companies and traveled to competitions and events, often taking young skaters with him, according to a news release.

Police say Goff used his role as a mentor to sexually assault children, mainly boys, and these incidents began in the 1990s, with the latest incident occurring in 2010.

In February, the CMPD’s Special Victims Division got an email from a victim of Goff’s asking for help in reporting abuse from the 1990s when the victim was 13-years-old.

After interviewing this victim, detectives say they were able to identify more victims and began building a case against Goff.

“We believe that there are truly more victims out there. Victims of Ray Goff. There is no case to old to investigate with a juvenile victim,” said Det. Misty James.

On March 21st, the Crimes Against Children Unit got warrants against Goff for four counts of indecent liberties with a minor and one count of a statutory sex offense.

Detectives say they served the warrants on Goff and took him into custody, before he was later bonded out of jail.

“It is very common to fear not being believed and this is even amplified when the abuser is someone like Ray Goff who is well known and well liked in the community,” said Shawna Pagano with Pat’s Place Advocacy Center.

She says parents should be mindful of grooming behaviors.

“A person who has the intent to be sexually abusive towards a child will start to isolate that child from others. Spend more time with that child maybe take them on outings, buy them gifts. Really try and create a bond with that child. And then try to use that relationship to try and exploit them and further abuse them,” said Pagano

On Monday, May 2nd, the Crimes Against Children Unit obtained ten additional warrants of indecent liberties with a minor, and with the help of the Mount Holly Police Department, arrested Goff at his home.

Police say he was held in the Gaston County Jail without bond and then taken into custody of the Mecklenburg County Sheriff’s Office.

CMPD says it seeks justice for all victims regardless of when the crime occurred.

Any victims of Goff’s or anyone with a tip in this case is asked to call 704-432-3905 and ask for Detective James or email misty.james@cmpd.org.