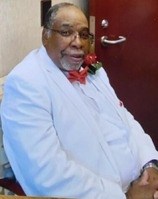 CHARLOTTE, N.C. — The Charlotte Fire Department will honor Hazel Erwin, the first Black firefighter in the Queen City, at his funeral Monday.

Erwin was born in Charlotte and died last week at the age of 77 after a battle with cancer.

Before joining the Charlotte Fire department, Erwin was a firefighter with the United States Airforce. He fought fires at Seymour Johnson Air Force Base in Goldsboro and later at Cam Ranh Bay in South Vietnam, where he served for a year. He received an honorable discharge on Christmas Day in 1966.

“We’re not going to put this man out in the boondocks. He will be stationed on an engine company at Fire Station 1 and will have an equal chance in this department,” said Charlotte Fire Chief Jim Black in 1967.

He was a man of integrity, a hard-worker, and known for spending time with family and friends, Charlotte Fire says.

“He just wanted to do what’s right,” Erwin’s family said.

He may be gone but never forgotten. The fire department say he will forever be our Black history with the Charlotte Fire Department.

Erwin’s funeral will be held Monday at New Waves of Joy, on East W. T. Harris Boulevard, in Charlotte. Viewing is set from 11 a.m. – noon, and the funeral begins immediately after the viewing.

Following the burial, a repast service will be held at the Clanton Pavilion, on Manchester Drive, in Charlotte.