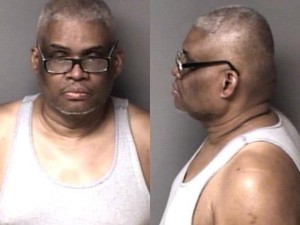 GASTONIA, N.C. — A 53-year-old Charlotte man has been charged with attempted murder after police say he shot a man and woman at a Gastonia business Sunday morning.

During the investigation, detectives learned that the suspect, identified as Trini Hollins, was recently fired from the business where the shooting happened.

Investigators obtained an arrest warrant for Hollins charging him with two counts of attempted first-degree murder and robbery with a dangerous weapon.

Hollins was located in Charlotte Sunday afternoon by officers from the Charlotte Mecklenburg Police Department. CMPD officers arrested Hollins and he was transported to the Gaston County Jail where he is being held without bond.