Nicole Madden,
Multi round severe threat returns to the region late this afternoon ahead of a strong cold front. Scattered showers have already begun across the mountains and foothills with steady and at times heavy rain in the forecast this afternoon.
A Flood Watch is in effect for the mountains and foothills through noon Friday. Rainfall totals of 2-4″ are likely with locally higher amounts possible. Outside of the mountains isolated flash flooding of poor drainage and flood-prone urban areas will be possible. Strong to severe storms will also be possible with damaging wind gusts the primary threat. However, the latest guidance suggests storms that develop near the warm front this evening could produce a tornado or two. That threat will transition to the far eastern fringe Friday afternoon.
The severe threat will be highest this evening and again tomorrow morning through early afternoon. However, storms will be ongoing and the threat will not be completely zero overnight with an ongoing flash flooding threat across the mountains and foothills. After we get through the storms Friday, it will be a dry and hot holiday weekend with temps nearing 90 early next week.
WHERE:
Entire WCCB Viewing Area 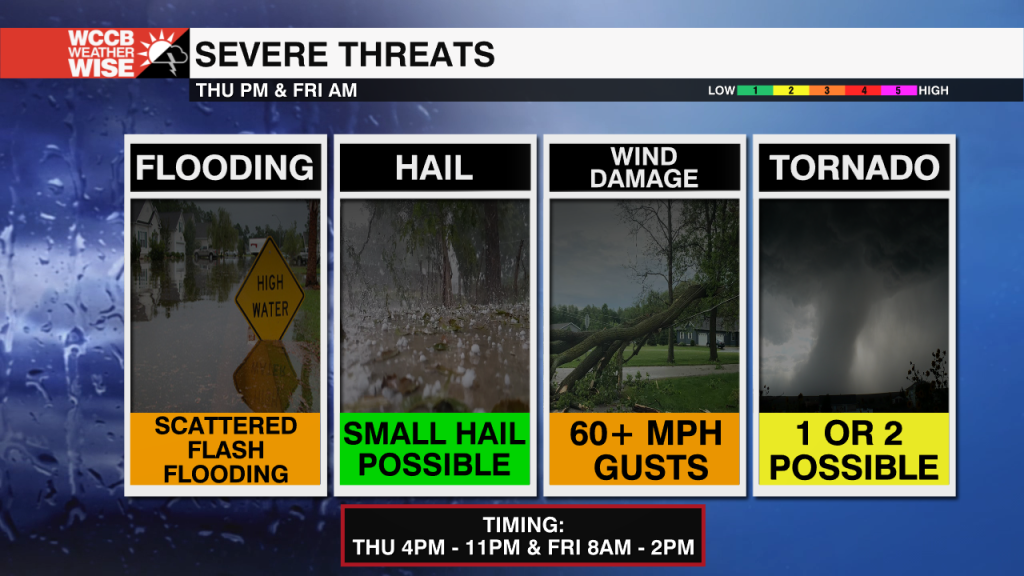 Flood Watch in effect for mountains/foothills until noon Friday

1-2″ possible for Piedmont, watch flood-prone areas overnight into Fri AM 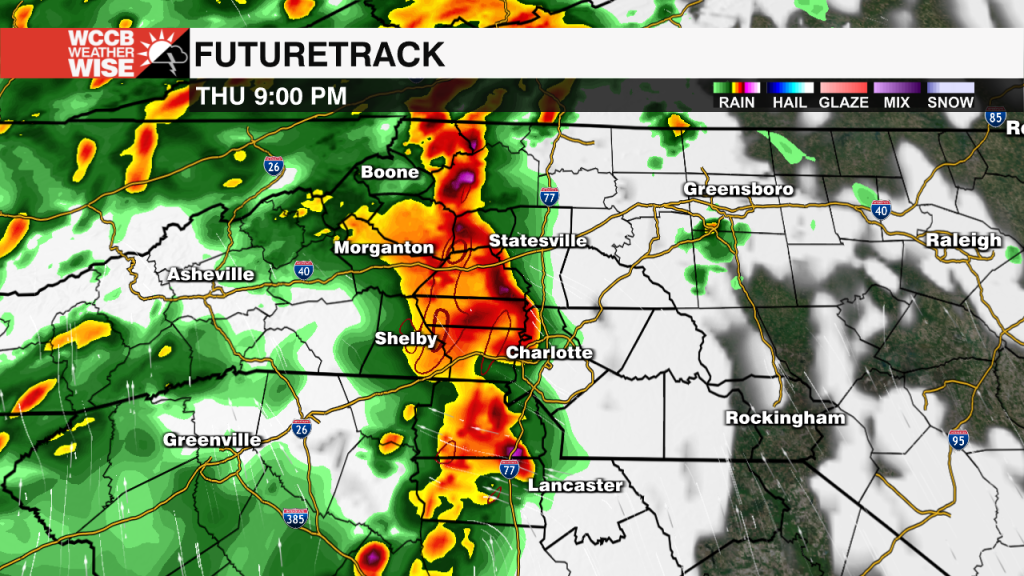 WHEN:
Severe threat will begin this afternoon through Friday afternoon until cold front clears the region.
Most active periods for spin-ups (brief tornadoes) or wind damage are highlighted in two waves below.

With the threat of overnight storms in the forecast, you will need multiple ways to get severe weather alerts like downloading the WCCB Weather App.