GASTONIA, N.C. — Police are searching for a man accused of shooting and killing 35-year-old Garreth Bickham Friday night in Gastonia.

After identifying Terry Lomick, 41, as the murder suspect in this case, detectives issued an arrest warrant charging him with 1st degree murder. 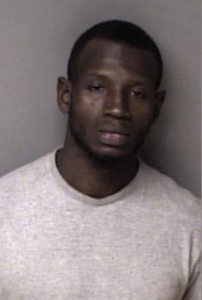 Around 11:52 p.m. on Friday, officers along with fire and rescue personnel responded to the area of Rankin Avenue and N. King Street for the report of a person who had just been shot.

At the scene, officers located Bickham inside a car near the intersection of Rankin Avenue and N. King Street.

Officers observed that Bickham had a life-threatening gunshot wound to his upper body.

Authorities believe Bickham was shot while inside the vehicle.

Bickham was them transported to a local hospital where he later died due to his injuries, according to a news release.

During the investigation, detectives identified Lomick as the suspect who shot Bickham.

Investigators obtained an arrest warrant for Lomick charging him with murder and are actively looking for him.

Anyone with information regarding Lomick’s location is asked to immediately call 9-1-1.