“No Swimming” Advisory Lifted For Cove On Lake Norman

A “No Swimming” advisory was lifted for a portion of a cove on Lake Norman Friday.

CORNELIUS, N.C. — A “No Swimming” advisory was issued for a portion of a cove on Lake Norman Thursday following a discharge of sewage.

The advisory was issued after an estimated 600 gallons of untreated sewage was discharged from a damaged pipe on Meta Road in Cornelius to a cove on Lake Norman.

Authorities say the damage was caused by a private contractor while they were performing horizontal directional drilling.

The pipe has since been repaired and the discharge stopped, according to a news release.

Crews will monitor water quality in the area until conditions are deemed safe for human contact at which time the advisory will be lifted.

To get notifications of “No Swimming” advisories in Mecklenburg County, text MECKNOSWIM to 888-777.

“Since this cove on Lake Norman is used for recreation, it is important to inform residents of the discharge and advise against swimming in the impacted area due to the potential risk to human health,” said Rozzelle. 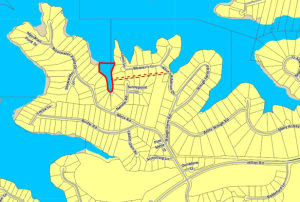