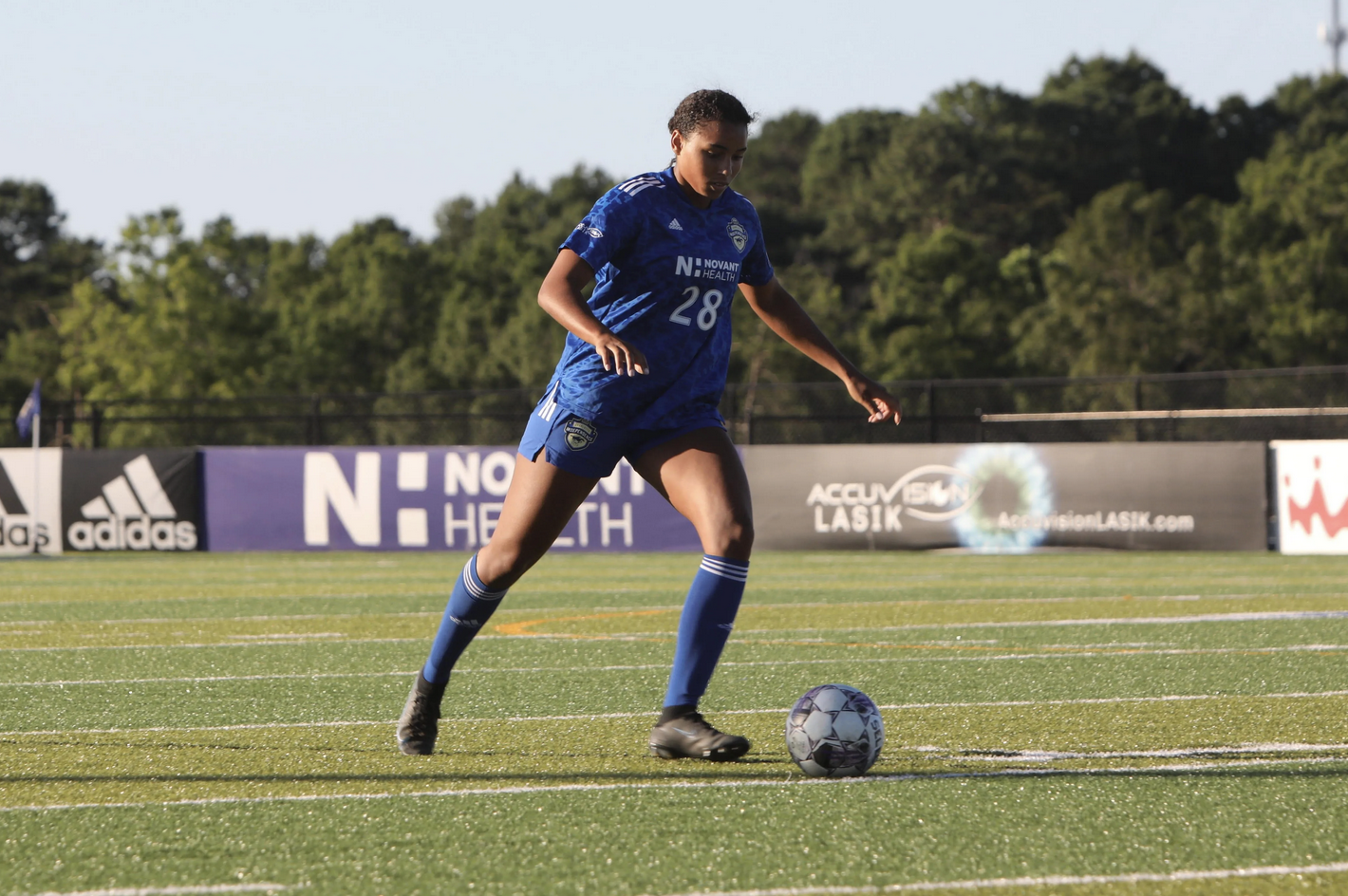 The Independence opened the game with plenty of offensive chances, challenging the Asheville keeper often. #11 Sutton Webb had multiple opportunities streaming down the sideline and serving crosses into the penalty area. #16 Kennedy Jones and #20 Ayden Yates both launched incredibly close shots, including one off the goalpost.

The score line did not remain tied for long as Webb found the back of the net for the Independence in the 17th minute from an assist by Yates.

After both teams made adjustments at halftime, the Independence were left defending much of the second half. Goalkeeper #41 Katelyn Carroll stepped up for the Independence, notching multiple important saves.

#4 Krissi Schuster found multiple opportunities to test the Asheville goalkeeper in the second half as a wingback on the left side. She connected with #7 Mary Alexander a number of times hoping to double the lead.

In the 89th minute, #20 Kiley Dulaney broke through the Independence defense to score the equalizer for Asheville City SC.

NEXT ON THE SCHEDULE: The Charlotte Independence USL W League team will travel to face Asheville City SC again on Tuesday, June 21st at 6:00 PM. Fans can watch this game live on the Eleven Sports app.