Police: Concord Heroin Distributor Sentenced To Over 24 Years In Prison

CONCORD, N.C. — After pleading guilty in Cabarrus County Superior Court to numerous criminal offenses on Wednesday, authorities say a Concord man was sentenced to over 24 years in prison.

Jeremy Franklin was sentenced to 180-283 months in the North Carolina Department of Corrections, despite his best attempt to avoid justice by leaving the courtroom just before his case was called to trial. 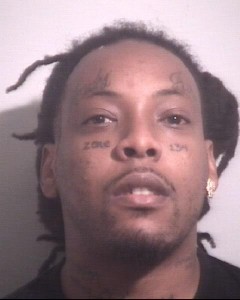 Officers apprehended Franklin just 32 hours later in Charlotte, N.C. and brought him back to Cabarrus County to appear before the court.

Police say between December 18th, 2019 and August 3rd, 2021, Franklin committed a plethora of criminal offenses including:

“We are extremely pleased with the outcome of this case and partnership with the Concord Police Department. We look forward to the continued efforts of both offices,” statement from the Cabarrus County District Attorney’s Office.