LINCOLNTON, N.C. — Deputies say a man was served with more than 27 warrants for his alleged involvement in a string of break-ins and robberies in Lincoln County.

Dustin Edward Thomas, 30, of Iron Station was arrested on a number of felony charges on Saturday, June 25th. 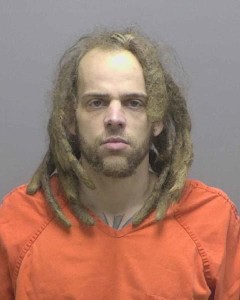 His arrest stems from an investigation into thefts and break-ins that occurred in the area of Old Plank Road between May 31st, 2022 and June 22, 2022, according to a news release.

On Saturday, deputies learned that Thomas was located at a home on Nolen Acres Lane.

While observing his home, deputies saw Thomas inside, made entry into the home, and took him into custody,

Detectives say they have recovered the lawn equipment and motorcycle.

Detectives say he is also facing several other charges including possession of a controlled substance inside a penal institution.

Thomas was taken before a Lincoln County magistrate and placed in the Harven A. Crouse Detention Center under a $173,000 secured bond, according to a news release.

He will have a first appearance in Lincoln County District Court on Monday, June 27th.