A 19-year-old is being charged with murder in connection to a fatal shooting at a home in Lancaster on Friday.

Police say 19-year-old Daquereun Pemberton turned himself in and was taken into custody by Lancaster Police Officers at the Municipal Justice Center on Sunday, August 21st, 2022.

Pemberton is currently in jail and is being charged with Murder and Possession of a Weapon During a Violent Crime, according to a news release. 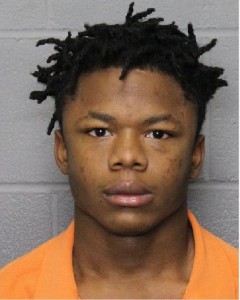 LANCASTER, S.C. — A 43-year-old man suffering from multiple gunshot wounds was pronounced dead at a home in Lancaster on Friday, according to the Coroner’s Office.

Officers responded to a call at a home on Willow Lake Road in reference to a gunshot victim on Friday, August 19th around 10:02 p.m.

At the scene, Lancaster County EMS attempted to render aid to the 43-year-old victim, later identified as Jason Shannon, who was suffering from multiple gunshot wounds.

Shannon was pronounced dead at the scene, according to a news release.

Police say this case is actively being investigated as a homicide.