ROWAN CO., N.C. — Several Duke Energy customers in North Carolina experienced a break in their utility bills after a man posing as an employee of the company unsafely tampered with their electrical meters.

Police say 53-year-old Mark Absher is under arrest for posing as a Duke Energy employee and charging customers to “calibrate” their electrical meters in order to bring down their electrical costs. 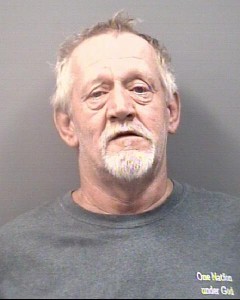 Detectives say Absher told these customers he worked for Duke Energy or was subcontracted by them, while wearing some type of Duke Energy clothing, and charged customers $250-$400 to “calibrate” their meter.

Police say Absher is not an employee or subcontractor with Duke Energy, and was never employed with the company in any capacity.

The Rowan County Sheriff’s Office launched an investigation into the incident after Duke Energy noticed that numerous customers throughout the state were having decreased utility bills over an extended period of time.

After detectives identified Absher as the suspect, a search of his home on August 23rd, 2022 resulted in the seizure of several items belonging to Duke Energy and to the illegal tampering of the meters.

Police say Absher was charged with the following:

Police say there are still numerous customers throughout Rowan County and the state that must be contacted for further investigation.

Iredell County Sheriff’s Office is also charging Absher with narcotic violations, and similar charges of tampering with electrical meters in Iredell County that were found during the search.

Mark Absher was placed in the Rowan County Detention Center under a $400,000 secured bond, according to a news release.

Police say customers that contracted Absher or anyone else for the “calibration” of their electrical meter should call Duke Energy.

Detectives say it should be noted that the calibration that Absher performed does make the electrical meter unsafe to the home it is connected to.