Police have charged a 21-year-old man with murder for his involvement in a double homicide in Monroe, N.C. involving a 4-month-old child. 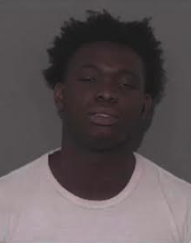 In addition to the murder charges, police also charged Bennett with Possession of a Firearm by a convicted Felon, two counts of Discharging a Firearm into an Occupied Property and Injury to Personal Property.

“This investigation has been exhaustive and all credit should go to the men and women of this department who have worked tirelessly, spending hours on end gathering evidence and leaving no stone unturned,” said Monroe Police Chief Bryan Gilliard. “The work done by these folks is a true testament to this department and our commitment to the residents of Monroe.”

Police say Bennett is currently being held in the Union County Jail without bond.

A GoFundMe has been launched to help a mother cover funeral costs after her son and four-month-old grandson were killed in a late night shooting in Monroe.

MONROE, N.C. – A mother is demanding justice after her son and four-month-old grandson were killed in a late night shooting.

Monroe Police are looking for suspects in what they call a “senseless act of violence.”

She is pleading for answers after someone shot and killed her 25-year-old son Darion and his four-month-old baby Da’Mari.

“To be standing here, needing justice for my son, I’m not understanding, and my grandbaby, it’s just wrong,” she says.

You can see bullet holes in the home where police say it happened, on Morrow Avenue in Monroe, just after 10 p.m. on Sunday night.

The family grieving a young man whose life they say was brightened by the birth of baby Da’Mari in January.

“This is a four-month-old child, that didn’t have no chance to even see what life was about. And for my brother, that everyone said was a good person, loved people, like a mentor, big brother to everybody,” says sister LaShaunail McClendon.

The family is struggling to understand why this would happen and why now.

“It’s just hard. I mean, he did everything, he was going to work, he had changed his life, he had started living with his baby momma,” explains Tynika.

The family says they are convinced somebody knows who is responsible.

“Whoever did it ya’ll need to come forward. Because that didn’t make no sense. That’s what you call being a coward,” Tynika says.

Hi, I’m Tynika McClendon the mother of Darion McClendon and grandmother of Da’mari McClendon, who was murdered on May 29th. I’m raising money to help with the arrangements of my son(Darion McClendon). Anything is accepted and we will be grateful for all donations .